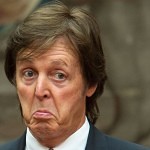 One of the little benefits (and there are many, let me assure you) of living where I live is KCRW’s “Morning Becomes Eclectic.” I realize that I come off on HD as a curmudgeon whose musical tastes are pitifully narrow—and they are, because every time I listen to a smidgeon of the new music being created all around the world I think, “Wow that’s great!!!”…And five seconds later I think, because I’m me, “Jesus, this tech-driven media oversupply screws musicians just like it screws writers. The audience is so fragmented, how can making this stuff ever be more than just a hobby?”…And five seconds after that I think, “What the hell? Why are we letting the world turning into a place where you’re either a tech millionaire asshole, or you can’t make your rent? Why are we so overvaluing the ability to package and deliver content, at the expense of actually, y’know, making it?”

It’s like the reverse of whoever you know who thinks Utopia inches closer every time a new iPad ships–all I see out there is lots of piracy and Angry Birds, and the next Beatles strangled in the cradle. Because they weren’t just talent, they were the flowering of a whole commercial structure that, if it didn’t make them inevitable, it sure as shit provided a pot of gold. Think today’s John Lennon would be writing pop songs? I don’t.

To avoid these feelings, I tend not to listen to new music. But this morning, I happened to hear the I Saw Her Standing There Refracture Remix, and enjoyed it enough to pass it along.

Apologies to those of you in tech. Go give an artist some money.