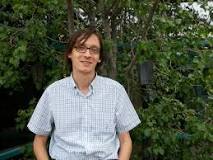 George Starostin, who by my calculations must sleep four hours or less per night to work an academic job and find time to review as many albums as he does.

Indefatigable reviewer George Starostin, of the Only Solitaire blog, has just posted a review of the Beatles’ Abbey Road. This one is part of his “Important Album Series,” in which he is offering critical considerations of the “Top Albums of All Time” on the Rate Your Music site. Abbey Road currently sits at #7 on that site.

I prefer the more comprehensive review of the album that Starostin posted in 2012 on his regular blog, but his Rate Your Music pieces are a valuable addition to his ongoing ambition to review, apparently, practically everything rock or pop that has ever been released. (This is in addition to his day job as a linguistics researcher at the Russian State University for the Humanities.)  He’s currently up to the C’s on his blog, but his old website includes an archive of hundreds of reviews.

Starostin focuses on the music and context in his reviews, including his “Important Album” pieces, so he doesn’t spend time taking a position on questions that might be raised by the Rate Your Music ranking: Is Abbey Road the best Beatles album? Do the six albums that rate higher deserve their ranking? I find his attention to the music itself refreshing.

This is my favorite quote from the review:

“Maybe the biggest general strength of Abbey Road is that the record, although clearly not without influences of its own, imitates no one – neither intentionally, as much of the White Album did, nor subconsciously. Recorded in the context of one of the best years in popular music, it simply reflects The Beatles as they were in that summer of ’69, which is, of course, precisely why it still sounds so timeless after all these years. Could this be repeated one year later? Two years later? Three? I seriously doubt it.” 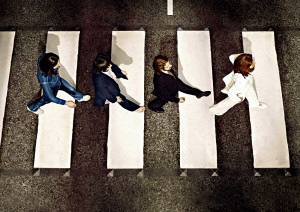 The second side of Abbey Road was my original portal into Pepperland. I don’t know if it’s the “best” Beatles album — I’m increasingly unsure it makes sense to try to pick one for that designation — but Abbey Road has a unique place in my musical biography, and it seems I’m not alone in that.

If you don’t know Starostin’s work, go exploring through his blog or archive. He does better work for free than most paid music reviewers, in my opinion, and he has the valuable virtue of wanting to appreciate whatever he listens to.