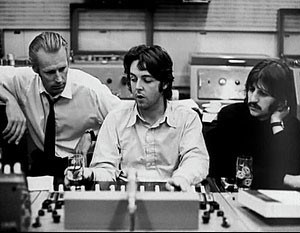 I‘m delighted whenever Nancy gives us some Starostin news — he’s a brilliant critic, and a fluid writer as well. He is a guy I’d like to sit around listening to albums with, and that’s not something I could say about a lot of music critics (Lester Bangs, for example).

But I do, predictably, have a quibble — and it’s not just with Starostin, but with a lot of the appreciations of Abbey Road that I’ve read over the years. Here’s how Starostin starts:

While speculating on all the possible and probable causes of the Beatles’ split-up in 1969, we sometimes forget how much the overall musical world in 1969 had changed even compared to 1967, let alone the first half of the decade. At the top spot of the UK charts, for instance, Abbey Road was preceded by Jethro Tull’s Stand Up and Blind Faith’s self-titled, then succeeded by the Stones’ Let It Bleed and by Led Zeppelin II – still spending a respectable 17 weeks at the top, of course, but a far cry from 1963-66, when the Beatles’ only truly strong contestant for the top position was the Sound Of Music soundtrack (oh boy). In fact, ever since helping open the floodgates with Sgt. Pepper, throughout 1968-69 the Beatles were legendary cult figures, elder statesmen, counted in the top ranks, but no longer “The Top Rank” personified. Hendrix, Cream, the emerging heavy and progressive players, the roots-rockers, the soul/funk scene – so much competition, not to mention that most of these guys played live, which gave them both a chance to constantly hone and perfect technique and to get more visibility. How could the bearded Fab Four fight this deluge with anything other than great songwriting? And sooner or later, as style, theatricality, and visual effects took over, not even great songwriting would help.

Had the other three guys relented in spirit and let Paul McCartney completely take over the musical directorship of the band, as he tried to do to various degrees of efficiency from 1967 to the disastrous Let It Be sessions, he may have somehow guided the band through the Seventies – if you look at the solo careers of all four, McCartney seems to be the only one who actually gave a damn about changing musical trends and fashions, from glam to disco to New Wave. But that would have turned the Beatles from leaders into followers (just look what happened to the Stones), and for a band that spent at least the first five years of its recording career strictly in the lead, that would have been humiliating. Maybe the biggest general strength of Abbey Road is that the record, although clearly not without influences of its own, imitates no one – neither intentionally, as much of the White Album did, nor subconsciously. Recorded in the context of one of the best years in popular music, it simply reflects The Beatles as they were in that summer of ’69, which is, of course, precisely why it still sounds so timeless after all these years. Could this be repeated one year later? Two years later? Three? I seriously doubt it.

The first paragraph is excellent, a point that I’ve made myself many times on this blog, though I usually come at it from economics and not art. The explosion of styles and influx of quality product that emerged post-Pepper is a wholly predicable outcome of the massive talent-hunt and money pouring into pop music after the Beatles demonstrated the size of the market. And diversifying what’s on offer is a standard way to increase sales. But the idea that the Beatles’ breakup had anything to do with increased competition, which Starostin implies, simply isn’t reflected by any data. Both White and Abbey Road are considered to be among the group’s masterpieces; one could much more easily argue that the diversity and competition was stimulating the Fabs. By 1969, the Beatles were no longer the only game in town; but they also benefitted from five more years of people coming into the record-buying public. Abbey Road was the fastest-selling, and is the highest-selling, Beatles LP.

Starostin stumbles twice at the end of paragraph one, blithely assuming that the Beatles would have continued to avoid touring when, even by 1969, most of the things that had bugged them most about it had been fixed. And the shift to “style, theatricality, and visual effects” after the Beatles had a lot to do with the absence of the Beatles; it was not inevitable. Treating it as such is a matter of intellectual convenience, not reality — a typical kind of historical shorthanding that seems accurate but isn’t. In the space between what we think is possible, and what actually happens, is where geniuses live, and the aggregate of John, Paul, George and Ringo is the greatest musical genius since Mozart. If you’re not with me on that — if you think the Beatles were just like their peers, only earlier — you might as well stop reading.

There’s a very powerful story surrounding the Beatles’ final LP: that it represents one final maximum effort from the band, one last glimpse of the “good old days” before the breakup. There’s a doomed sweetness to Abbey Road, that it was inevitably the end of the Beatles’ story. Abbey Road is the Beatles’ Summer of 1914.

This is, in a word, bullshit.

Though George Martin’s stipulation at the beginning of the sessions — that John, Paul, George and Ringo were prepared to make a record “the way we used to do it” — is a wonderful moment in the psychodrama of the group, the fact is the LP wasn’t made the way the Beatles’ used to do it, if that means how they worked from 1957-1966, and 1968 and January 1969. Abbey Road was a Paul-driven process, like Pepper — and different from every other Beatles album.

Think about that for a second: two times the Beatles really let Paul run the show, and the two results of that were Sgt. Pepper and Abbey Road. Not a bad track record. Better, I’d argue, than any other working method in the history of pop music. 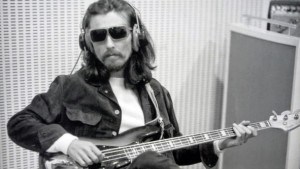 A monster, I tell you

But Abbey Road is very different from Pepper in one regard: George is a MONSTER on Abbey Road, and John is practically absent. And if there’s one thing that All Things Must Pass shows, George was not lacking for good songs. George’s work on Abbey Road wasn’t a fluke; it would continue, albeit with lesser results in the solo arena — but every Beatle suffered the same drop, even Paul.

Neither of the things that make Abbey Road so great — the Paul-driven working method, and the prominence of George Harrison as a songwriter — magically disappeared on January 1, 1970. Far from showing that the Beatles story was ending because it had to end, Abbey Road shows that the Beatles had already discovered how to survive, and indeed thrive, with Lennon mostly absenting himself from the band.

If you buy this — and I think one can’t simultaneously adore Abbey Road, as most do, and not buy it — there’s nothing to say that this process couldn’t have piloted the Beatles through the Seventies. Using the history of the Rolling Stones simply isn’t predictive. The Stones started with one musical idea, and have been pumping that out for 55 years. They are an excellent product, but a very, very boring band, and their artistic content is practically nil. The Beatles, on the other hand, changed four times between 1963 and ’69 — from moptops to Rubber Soul; from pot-poets to Pepper; from hippie avatars to White; from jukeboxes to Abbey Road. Who knows what would’ve come out if they’d recorded an album in Jamaica, or Berlin, or New York, or Los Angeles?

Recorded in the context of one of the best years in popular music, [Abbey Road] simply reflects The Beatles as they were in that summer of ’69, which is, of course, precisely why it still sounds so timeless after all these years. Could this be repeated one year later? Two years later? Three? I seriously doubt it.

Why does Starostin “seriously doubt it”? All the data we have — the Beatles’ entire career up until that point, their demonstrated ability to do what others could not imagine, much less pull off — argues against his needlessly pinched view of the band. Nobody expected Beatlemania; nobody expected Revolver; nobody expected Pepper; and nobody expected Abbey Road. When you restrict yourself to Beatles-specific information, the only reasonable conclusion is that they would continue to thrive, break new ground, etc, because other data doesn’t exist. People desperately look for it, though, because that lessens the needless tragedy of the breakup.

It is human nature to anoint tragedies inevitable. One could point to the dreadful Twickenham Sessions and the (IMHO) durably shitty music they produced, but that was the album before Abbey Road. That’s the Beatles as they were in January 1969 — a bickering, played-out, tired-sounding combo — and Abbey Road, fucking glorious, is how they were six months later. What the heck kind of geniuses are we looking at here? Anybody who thinks they know where the Beatles would’ve been in August 1972, much less August 1970, is fooling themselves. And probably consoling themselves.

It’s only when one introduces one’s own worldview that the picture darkens. The Beatles couldn’t have kept it up because nothing good lasts; people disappoint; the Seventies intrinsically sucked. Even after all the water’s been turned to wine, people still don’t believe. They still believe that they can see the bottom of the Beatles’ aggregate talent. But they couldn’t in 1964, or 1966 or ’67, and there’s simply nothing to suggest that they could in 1969, either. That is a worldview that should be challenged.

Why? Why can’t I just let Starostin, one of the smartest music critics around, have his glum opinion? Because the Beatles happened. And never would’ve happened without optimism, and confidence, and humility. None of us can predict the future, and when we do, it is merely a reflection of ourselves. If you think the Beatles were doomed, ask yourself why — then ask yourself what you would lose by letting go of that idea.

It is a shame that Abbey Road turned out to be the Beatles’ last album. It is almost as big a shame that people think it had to be. The world is not so small and sad — unless you make it so.