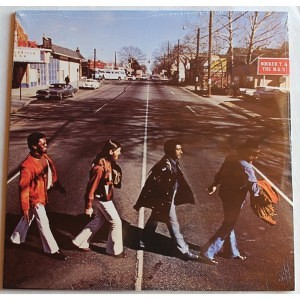 NANCY CARR * My favorite music reviewer, the indefatigable George Starostin, has just published this review of Booker T. and the M.G.’s McLemore Avenue. He calls it “the first authentic case of musical cosplay in pop/rock history,” and I have to concur, though I enjoy the results more than he does. I certainly agree with Starostin’s assessment of Abbey Road as exerting an “otherworldly” power: 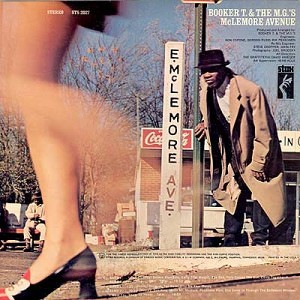 “It is cozy for me to know that, of all Beatles albums, it was Abbey Road that struck Booker T. as such an otherworldly experience that he fell into a «must cover Abbey Road!» sort of trance, because it is totally in line with my own perception of Abbey Road. However, it is also obvious that the man could hardly hold any false hopes of improving upon the tunes by covering them, or even of uncovering any hidden potential of the songs that was not already revealed (immediately or gradually) on the original LP. The only rational purpose of putting out a record like this would be to get people to say to each other: «Say, that Abbey Road must be really special, eh? I mean, did you ever hear of any American band covering any Brit band record in its entirety? Should be real good if people worship it that much!»

I *think* Abbey Road and Sgt. Pepper’s are the albums most often covered in their entirety by other artists — and I mean “albums” generally, not just “Beatles albums.” (Anyone out there know for sure?) Just what was it about these two that put people in a “must cover! sort of trance,” as George S. puts it? A trance that, when it comes to Abbey Road, included not only the music, but mimicking the front AND back cover art?

My favorite track on McLemore Avenue is the medley “Golden Slumbers / Carry That Weight / The End / Here Comes The Sun / Come Together”: