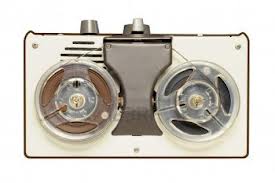 Salon is highlighting interview recordings made by Cass Calder Smith, including a few with John Lennon and Yoko Ono, that are now available via iTunes. Two Lennon/Ono excerpts are available for free streaming here. Smith was a New York radio host when he made the tapes; he’s now in his mid-70s, and his son has taken over the project of releasing the interviews.
One of the Lennon interviews was conducted by Smith the day “Imagine” went on sale. Smith evidently told Lennon that when he played “How Do You Sleep?” on his radio show, “a lot of people called and said, ‘What happened to his sense of humor?” Here’s Lennon’s response:

“I’m sure Paul will understand this, and George does, and so do I, that that song . . . is a moment of anger.”