Give Greece a Chance

Thousands of Greek citizens have gathered in Athens’ Syntagma Square in front of the Greek Parliament, where they hope to prevent a continuation of austerity policies. The protest signs have a bit of a Beatle flavor. 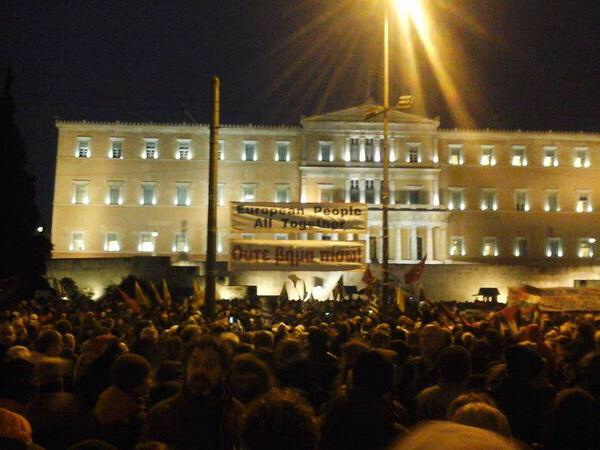 One, two, three, four, can I have a little more?

Everybody’s talkin’ about ministers and sinisters

You can read more about the situation here — suffice to say that the government just passed a budget that pisses off both citizens who are tired of cuts to pensions and services, and lenders who wanted a quicker paydown. But let’s have faith Greece will find its way — after all, nothing is Beatle-proof!

Apparently, “Give Greece A Chance” originated as a pan-European campaign designed to build European sympathy for Greece during “the toughest austerity package in modern history.” All we are sayin’…is give Greece a chance!