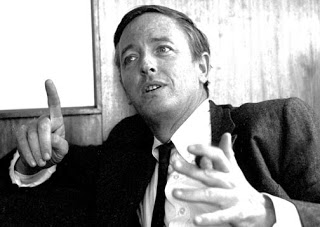 NANCY CARR * William F. Buckley really hated the Beatles’ music. I’d known this in a general way, but hadn’t read his diatribes against them before encountering them in The Beatles Book, a 1968 anthology of critical writing about the band edited by Edward E. Davis. (Finding books like this makes me feel justified in spending what is probably way too much time in used bookstores.) 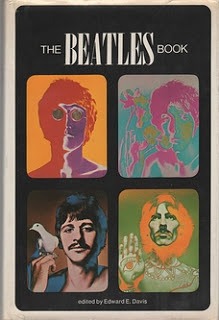 Buckley’s 1964 National Review article on the Beatles was entitled “Yeah, Yeah, Yeah, They Stink.” He piles on the adjectives in an effort to convey his absolute loathing of their sound:

“Let me say it, as evidence of my final measure of devotion to the truth: The Beatles are not merely awful, I would consider it sacrilegious to say anything less than that they are godawful. They are so unbelievably horrible, so appalling unmusical, so dogmatically insensitive to the magic of the art they qualify as crowned heads of anti-music, even as the imposter popes went down in history as “anti-popes.”  It helps a little bit to know that no one thinks they are more of a joke than the Beatles themselves, and one is relieved in supposing that they go to bed at night laughing at their utterly inexplicable success, if solemn at the thought that they must inhabit a world that features themselves.”

As someone who practically goes into anaphylactic shock when exposed to the Beatles’ music, Buckley struggles to understand how that music has become so popular. He describes a taste for the Beatles as as “a lamentable and organic imbalance,” and speculates about how it has developed:

“If our children can listen avariciously to the Beatles, it must be because through our genes we transmitted to them a tendency to some disorder of the kind. What was our sin? Was it our devotion to Frank Sinatra, Judy Garland, Ella Fitzgerald? How could that be? We worshiped at the shrine of Purity. What then, gods and goddesses, was our sin, the harvest we are now reaping? We may not know what it was, even as Oedipus did not know during all those years the reason why he was cursed.”

This is at least a little tongue-in-check, with its hint that being an avid Sinatra, Garland, or Fitzgerald hardly qualifies as worshipping at the shrine of Purity. The reference to Oedipus’ curse is consciously over the top. But the inability to understand a liking for the Beatles’ music—the inability to hear the Beatles’ music AS music—is absolute and unironic.
Then, in 1966, Buckley wrote about Lennon’s comment that the Beatles were “more popular than Jesus.” Buckley’s response is actually more rational than that of many who wrote about the comment:
“Reaction to his statement appeared to be based on the assumption that Mr. Lennon was comparing not the relative popularity of himself and Jesus, but their related virtues. And this is, of course, to miscomprehend what Mr. Lennon said, which was certainly untactful and indubitably accurate . . . . Mr. Lennon’s rather course ejaculation was to be sure the plain truth, hardly shocking to students of the Bible, who know the relative attractions of Mammon over God.”
That’s fair enough, and bracingly said.
Much as Buckley hated the Beatles’ music, in 1968 he did acknowledge that “even if the Beatles are hard to listen to, there is an exuberance there that is quite unmatched anywhere else in the world.”
I’m dumbfounded by Buckley’s insistence that the Beatles are unmusical, but I’m grateful for the historical perspective it affords. His reaction is a reminder of how revolutionary the Beatles sounded even in 1964, when they were singing “Please Please Me,” “She Loves You” and “I Want to Hold Your Hand.”
Here’s a link to a Wall Street Journal piece on people who hated the Beatles. Buckley, of course, makes an appearance.