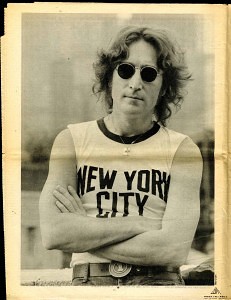 There’s something interesting making the rounds during this, John Lennon’s 75th Birthday Week — and by “making the rounds,” I mean that commenter Karen and Kim from JohnHeartPaul contacted me about it within 48 hours of each other.

Who am I to resist the Collective Unconscious?

So here’s a self-interview typed out by the late great Johnny Ace, conducted in 1974 for Andy Warhol’s Interview. (Getting celebrities to interview themselves, and even type it up for you? Now that’s capitalist thinking.) It’s a prime cut of Walls and Bridges-era Lennon — which, if I can be impious on this day of all days, is the only post-Beatles version of John that seems truly authentic to me). Your mileage may vary on that score, but you’ll enjoy the interview, which is blissfully free of macrobiotics and comparisons of Yoko to great historical figures, but does touch on UFOs and (Man the typewriters, Rolling Stone!) Lennon’s sexual preferences.

Both Lennon and Warhol do an excellent job of making megastardom seem really godawful boring, which I suppose is a great public service in our ever-more celebrity-crazed era. That the public never pays attention to their warnings doesn’t make them less generous for doing it. Lennon and Warhol are excruciatingly clear that the fun is being the fan meeting (and perhaps sleeping with) the idol, not the reverse.

The ever-interesting Dangerous Minds mined this interview for some musings on Lennon’s UFO sighting. But the most interesting part, to this old jaded Lennon fan? I wonder if the radio project John mentions on page two is the genesis of the Lost Lennon Tapes? (I spent a happy week listening to all these podcasts.)

Enjoy, and happy birthday to the rarest bird rock ever produced. 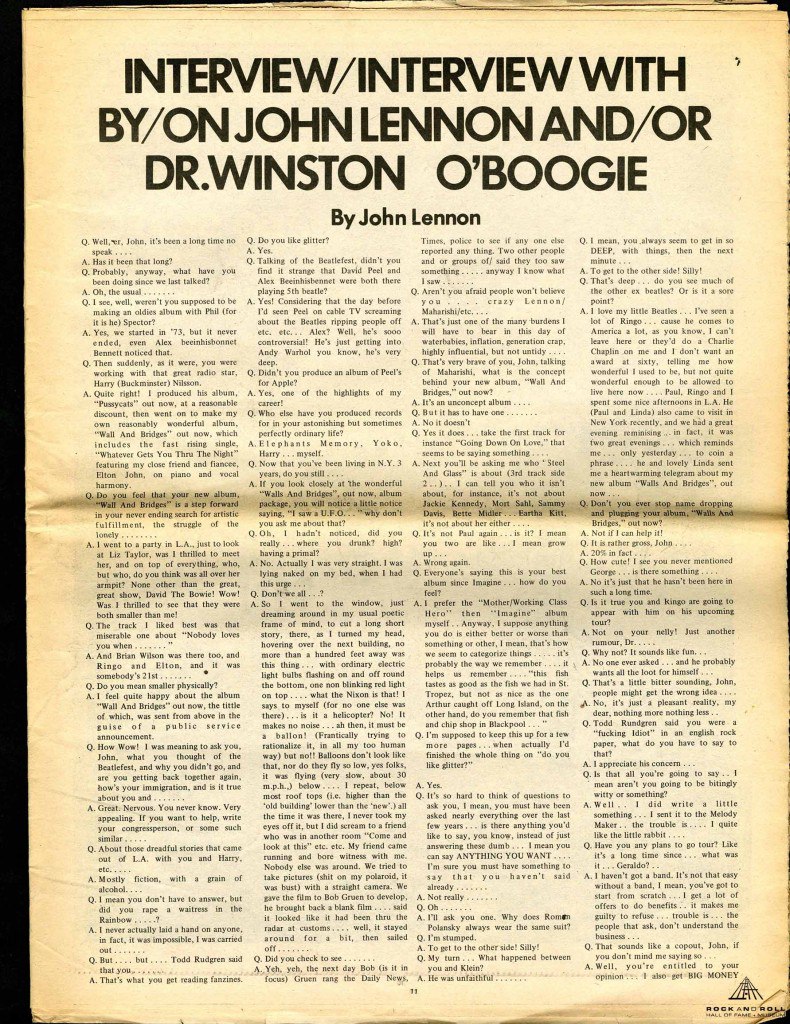 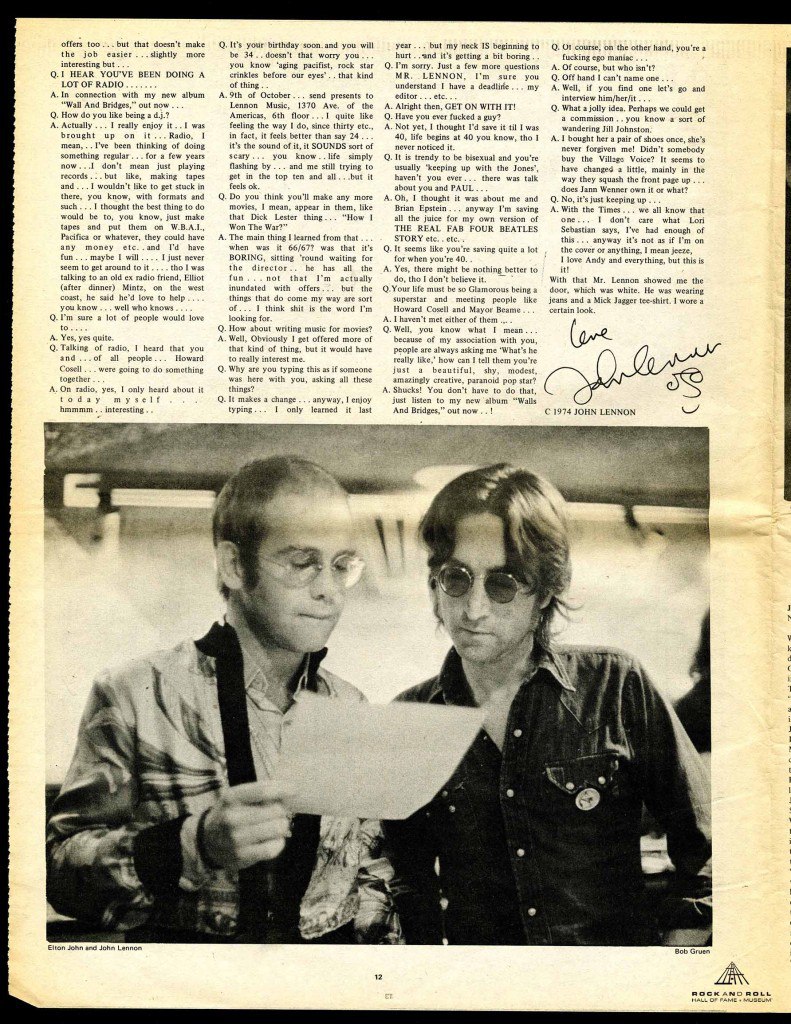