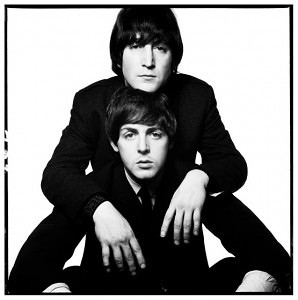 There’s a topic simmering in a few comment threads at once, and so I thought I’d surface the topic as a post. Basically, it’s the old question of John’s attraction to Paul, and whether it was sexual in nature; and furthermore, whether the friendship of these two men — undeniably close in every other way between 1957-68 — ever became sexual in nature as well.

(This just in, courtesy of commenter @Karen: according to a new interview with Yoko Ono, John “had a desire to have sex with men.” If this is true, and why not, and John loved Paul, and why not… why not?)

This may strike some of our readers as giving a outrageous topic more serious attention than it deserves, and to some degree I agree with them. Male gender roles are pathetically restrictive; any close friendship between men is plagued with rumors of sex. That’s bullshit, and we shouldn’t make those restrictions stronger. Certainly John and Paul were the victim of such talk — Lennon himself mentioned it in the Interview self-interview.

Except: there is a moment in the history of the Beatles where John and Paul’s friendship shatters, more or less irrevocably, and any thoughtful fan has to ask “why?” Before June 1968, John loved Paul; after, he seems to have straight up hated him. Why?

In late 1967, there is no external evidence that the group dynamic is any different than it had been in, say, 1965. But by June 1968, not only is John very with Yoko, he’s apparently very angry with Paul, and so alienated that he’s allowing Yoko to speak for him in meetings. This is simply unimaginable behavior for the Lennon we know prior to June 1968.

So what happened? Did Lennon suffer a meditation-induced break of some sort? It’s possible. Or, as some have suggested, did something happen or stop happening, between him and Paul? 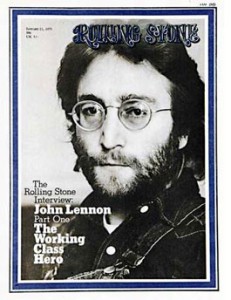 One thing we know for sure: the conventional narrative seems to tiptoe around this issue. “Oh, nothing happened, we just grew apart.” Or “John just got bored with us and threw himself into his new life. He did that.” “We were like old Army buddies.” Possible? Sure. Likely? Doesn’t seem that way to me.

The ever-astute Lennon himself knew it was a question that had to be answered. The narrative John spins in “Lennon Remembers” wasn’t present before 1971, and wasn’t confirmed by any of the others until long after. John may have thought “we’ve fucking had it,” or he might have been hanging a tale on a dead man. In late ’67, John and the others weren’t visibly chafing under Paul’s iron will; that dynamic only seems to surface after India.

The Beatles were uncommonly tight, even in the world of all-male rock bands — “the four-headed monster,” in Mick’s famous phrase. And John and Paul were clearly the closest of all. Everybody may have liked to hang out with Ringo, but John and Paul were the lion’s share of the Beatles; they wrote most of the songs, and made most of the music. Back in those days, a man was what he did, and John and Paul were songwriters, often nose-to-nose and eyeball-to-eyeball. Even without any sexual attraction, the Beatles experience likely broke down any boundaries between the four men, and especially John and Paul. In March ’67, they were still very, very close. Paul’s description of his first acid trip speaks volumes.

For that to shatter abruptly, something significant likely happened. The “drifting apart” scenario simply doesn’t seem to be backed up by what we know — as of February ’68, these guys were still so bonded that all four of them stopped their lives completely and went to Rishikesh, India for a couple months. By June ’68, the open disdain that we see so clearly in “Let It Be” had begun. I don’t think it’s irresponsible to suggest that something specific precipitated this; I in fact think it’s irresponsible to avoid examining it, simply for where it might lead us.

There’s another thing I perceive in this, and it’s worth bringing up — and keeping in mind as we discuss. We are in the midst of a cultural sea-change as regards homosexuality. To people of my generation (b. 1969) and older, who someone sleeps with is very much part of how they are viewed. To younger generations, sexual preference simply seems to be less of a thing. So to me, or even more to someone of the Baby Boom generation, the idea that John and Paul slept together — regularly or even once — is likely to color our perception a lot. And it’s liberating to think that two men could be close male friends, and stay platonic.

But to someone younger, homosexuality seems to be a great deal less threatening. If it really has become the difference between “liking oysters and liking snails,” then things shift. Suddenly John and Paul being lovers is the liberating, exciting idea. The Beatles are about nothing if not liberation!

When addressing the question were John and Paul lovers, it’s key to remember this point: Homosexuality was absolutely verboten in the time and place of the Beatles. In the 70s, it became OK for (male) rock stars to be bisexual, and John was connected to the very people who pushed that change — Elton John and David Bowie — but during the Beatle years, any male-to-male relationship or even tenderness would’ve had to be kept safely under wraps. From the world, and from themselves, too. 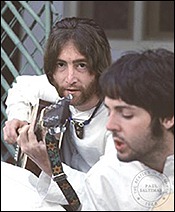 I can envision a scenario where John and Brian Epstein had a physical relationship; nothing too outrageous here, it’s been discussed for years. Then, with Brian’s death, John was suddenly without an outlet for that desire. He could not go outside the Beatles — short of seducing the Queen, that was the only kind of scandal that could’ve destroyed the group — so he naturally looked inside, and found Paul.

These guys, we have to realize, had likely indulged in every sexual practice known to homo sapiens, and probably invented a few new ones along the way. The sex life of a Beatle bears no resemblance to that of an average man or woman. It’s probably likely that they’d had some form of male-on-male sex even before leaving Hamburg. (You mean to tell me there were no beautiful female impersonators on the Reeperbahn?) By 1967, sex with a fellow Beatle was the only taboo left. And we all know what John Lennon did when he saw a taboo.

In Rishikesh, the Beatles were generally on their own, and out of the public eye for the first time since 1964. John and Paul were together in an isolated rural environment free of Western media, for months. They were engaging in meditation, which puts you through all sorts of changes. And they were sneaking away each afternoon to work on each other’s songs. All this we know for sure. Is it so unlikely that something happened? Not in my world. In my world, it’s more unlikely if something didn’t.

If John and Paul did cross that line in India, who among us can disagree with the suggestion that Paul was more cautious than John; while John probably quite liked the idea of setting the world on its ear by way of an open secret, Paul seems to be the type of person who would not be interested in that. And how would he say it? Not “I don’t love you, John”, because that was a lie and both men knew it. It would’ve been: “We can’t, John, for the sake of the group.”

John and Paul and John and Yoko

Suddenly, the rest of the Beatles’ story becomes clear. John’s rage and withdrawal; his using Yoko as a weapon against Paul; his hatred, not of the four men, but of the group and the idea of the group, and its false relationship with the press; his retreat into hard drugs; his disappearance into Yoko (to the point of them using the bathroom together); and so forth, right up to the current day, and Yoko’s persistent sense of “I’ve got a secret.”

It’s pure conjecture, of course. But I think we can do it respectfully, as I’ve tried. A love affair between John and Paul, ended abruptly in March 1968 and followed by Paul’s departure from Rishikesh, explains a lot that the conventional narrative doesn’t. Anyway, have at it in the comments.