Beatles on Ed Sullivan, 57 years ago

It’s been almost six decades since The Beatles made their first appearance on the Ed Sullivan Show on February 9, 1964. As a Gen X-era fan, I found watching the four Ed Sullivan Beatles shows in their entirety (on a DVD) a revelation. [The other shows were on February 16 and 23, and September 12, 1965.]

I highly, highly recommend watching the episodes in full; clips of the Beatles’ performances don’t give a sense of what was really happening on stage during these shows. The commercials add yet another dimension, underlining how much the Ed Sullivan show was family-friendly but pitched toward people older than the Beatles’ audience (lots of ads for Anacin, for example). Alas, the complete shows don’t seem to be available on YouTube, but copies of the DVD set are available for about $10. 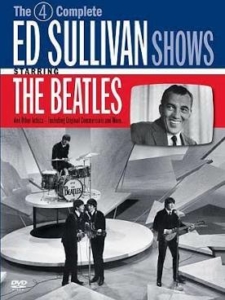 From the first show to the fourth, you can see Ed Sullivan, the other performers, and the camera crew starting to understand that they are in the middle of a tectonic shift. On the first show, Sullivan is visibly rattled by the audience’s screaming when he mentions the Beatles, and the camera doesn’t cut to the audience much during the band’s performance. The other performers like Jimmy John Shark are getting on with things in a business-as-usual manner, but you can catch stunned looks on some of their faces. Something new is happening, and no one is quite sure how to respond. The only people who really look at home on the show are the Beatles. They’re used to the screaming.

By the fourth show, Sullivan can handle the audience reaction with more aplomb, even making joking remarks about it. The camera is on the audience during part of the Beatles’ performance, a recognition that something symbiotic and powerful is going on that transcends the usual polite clapping. And there’s even a reference to the Beatles in a comedy sketch by Marty Allen and Steve Rossi.

As amazing as it is to watch this real-time transformation decades later, I can’t imagine what it must have been like to have watched it as it was happening. 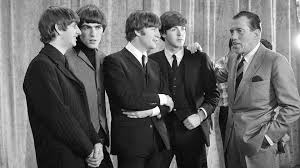 Here are some of the other acts that appeared on each show. The lists really underline the “one of these things is not like the others” feeling of watching the Beatles on this variety show.

The Broadway cast of “Oliver!” (performing songs from the musical)

Wells and the Four Fays (acrobats)