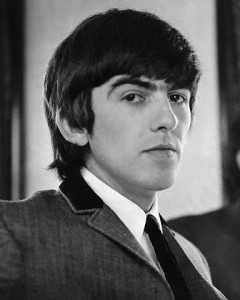 “They have everything over there. Why do they need us?” Two words, George: Bobby Vinton.

This morning as I awoke, I had a fun little idea (which must be all over the web): in order to demonstrate the impact The Beatles had on American popular music, HD will post the #1 hit from the Billboard charts for every week in 1964.

This week fifty years ago, the top spot was occupied by Bobby Vinton’s “There! I’ve Said It Again.” It would slumber immovably at #1 for the rest of the month. I think everybody knew how soporific this song was; that’s why they put that jaunty exclamation point in the title. Not enough, fellas, not nearly enough.

Consider yourself lucky I didn’t start this earlier: Vinton’s record had ousted “Dominique,” by The Singing Nun, which should not be listened to under any circumstances. What can I say, the nation was grieving. 1963: America’s Shittiest Christmas.

“Sister Smile”‘s try at immortality had replaced “I’m Leaving it All Up to You,” by Dale and Grace, which is at least respectable in a country-fried sort of way. Meaning, it might sound OK on the radio of a beat-up pickup seven miles outside Chilicothe, MO, as you’re picking Cracker Barrel breakfast out of your teeth and contemplating how on earth you came to live in the miserable ass-end of nowhere.