Ticket to Ride Was the First…What? 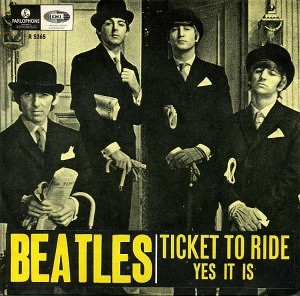 MIKE GERBER • John, as we all know, claimed that “Ticket to Ride” was the first heavy metal song. (Actually he said “one of the first,” but we all know what John meant. He meant, “I personally invented heavy metal. As did Yoko.”)

But this weekend, KLOS’s Chris Carter commemorated the anniversary of Mal Evans’ death by playing Badfinger’s “No Matter What”—a tune Mal produced. As it played, I thought that “Ticket to Ride” seems more like the first “power pop” song than the first heavy metal one. Opinions?*