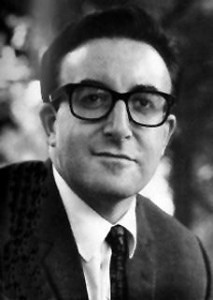 Sellers, ready for his close-up

MIKE GERBER • Devin’s post earlier this regarding the “film merde” of Ringo Starr couldn’t help but bring to mind Ringo’s most accomplished co-star, Peter Sellers. Sellers is one of my favorites, as he seems to be for a lot of Beatlepeople; as with Monty Python, there’s a lot of overlap between him and the Fabs, as much or more than any musical group: The Goon Show, his Beatles covers, the Peter Sellers Tape, The Magic Christian.

All four Beatles were fans, but weren’t close; nobody, it seems, was close with Peter Sellers. I recall Ringo saying that every time, it was like you and Peter were meeting for the first time. By the end of the day, you could be great friends—but it would all have to begin again in the morning.

This documentary, made in 1969 to promote Christian, touches on these psychological torments. It is narrated by Sellers’ great collaborator/frenemy Spike Milligan (what other word is there for someone who clearly loves you AND tries to kill you with a potato peeler?). It is essential, though somewhat painful, viewing. Can you imagine one of the world’s most popular comedians allowing such a forensic documentary today? I can’t—but with Peter Sellers, his compulsion to hide conceals a even more desperate desire: to be seen.

Special Beatle bonus: appearances by John, Paul and Linda, and of course Ringo.