NANCY CARR * A study just issued by researchers at Imperial College London and Queen Mary University of London asserts that the Beatles’ success in mid-60s America was anything but revolutionary. According to Professor Armand Leroi, the paper’s senior author, “They were good looking boys with great haircuts and British accents but as far as their music was concerned they weren’t anything new.”

“Yeah-huh,” as those of us raised in Texas sardonically respond to transparently idiotic statements (at least when we’re trying to be polite).

The researchers decided that the Beatles weren’t up to anything new because chord progressions, lyrics, and beats in American music of the early 1960s have similarities to the Beatles’ music. As Leroi explains it in this Telegraph article: 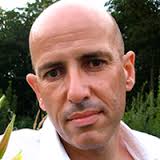 “The music historians all talk about how the Beatles came to America and changed everything but it’s entirely coincidental. They didn’t make a revolution or spark a revolution, they joined one. The trend is already emerging and they rode that wave, which accounts for their incredible success. The United States was already becoming rockier and more energetic, and moving away from mellow sounds like doo wop. You can already see that by the beginning of the 1960s.”

At one level this makes sense — I don’t believe any artist, in any genre, has managed to create something ex nihilo. It’s what an artist does with what he or she encounters in the culture and the existing tradition that makes the difference. But claiming that the Beatles didn’t have a revolutionary effect because other musicians were exploring adjacent territory is next-level bonkers.

Mark Lewisohn more diplomatically says the findings “didn’t stack up.” He remarks that people who were actually there when the Beatles broke in America know that “the Beatles revolutionised everything.”

In another Telegraph piece responding to the study, Neil McCormick remarks that there is “something very pompous and disdainful” about the researchers’ dismissal of the Beatles’ influence. He adds 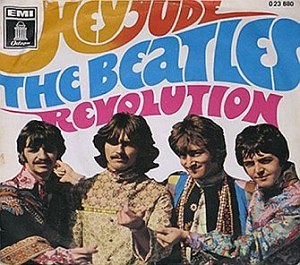 that saying there is no absolute revolution in music, only incremental progression, is “surely the latest dispatch from the department of the bleeding obvious.” (No one can do astringency quite like the Brits, IMO.)

I think the best refutation of the London study is that people in 2015 are not only still talking about the Beatles, but still listening to and covering their music–including many who, like me, weren’t born when the band appeared on the Ed Sullivan Show in 1964. Their music has a power that can’t be quantified. You can analyze the songs, but in the process of taking apart the chords and beats, the analyzer had best remember that the whole has a spirit that can’t be measured with the standard instruments. As Wordsworth put it, “Our meddling intellect / Mis-shapes the beauteous forms of things: — / We murder to dissect.”