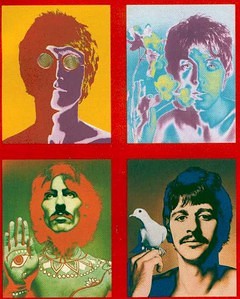 This past Friday in Chicago I saw Tributosaurus play all of “Sgt. Pepper’s Lonely Hearts Club Band” and “Magical Mystery Tour” live, and it was astonishingly great. Hearing the whole thing performed with ALL the instruments originally used—a string section, woodwinds, brass, and a host of Indian instruments—underlined just how rich and rewarding these albums are. The greatest double album the Beatles ever made, in my opinion.

Recordings aren’t going to do this justice, but here’s a clip of “A Day in the Life” that’s been posted:

Here are a few of my favorite moments from the show: