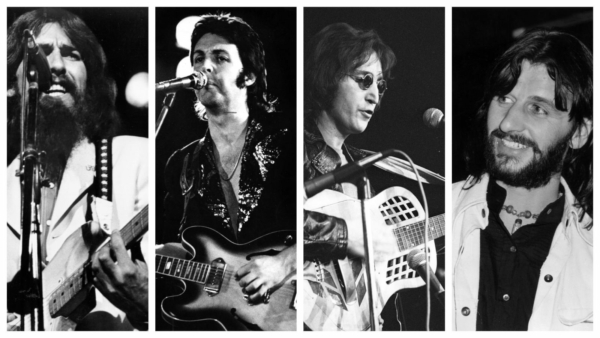 The glorious team blog Boing Boing linked today to an article on Formidable Mag—their guess as to what a 13th Beatles LP might’ve sounded like.

Their surmises are, to my mind, riddled with errors and misunderstandings—that, for example, the always intellectually restless Fabs would recycle a rejected title for Abbey Road three years later; that they had “basically stopped collaborating on songs after Sgt. Pepper”; that George’s ATMP stuff would somehow be magically unrejected by the others, because we now in 2022, see ATMP as his high-point; that they would’ve used multiple producers (!); that Lennon/McCartney would’ve decoupled the credit; and so forth.

It’s all a bunch of thin retconning designed to enable what all these articles really want to do: cherry-pick the author’s favorite solo work from 1970-72 and fashion it into “a Beatles album.” To ennoble merely well-crafted early Seventies pop into something with the cultural heft (and higher quality) of Beatles music.

As fun as this is—even when it’s done well, as in The Twelfth Album or, exhaustively, Ethan Hawke’s Black Album—it ignores something essential about The Beatles: what made them great was the four of them in a room together, playing, all focused on a common goal. None of their solo work would sound the same if it had been performed by the four of them, with history—decades of love and hate and secrets and struggle in every note–and all still believing in The Beatles concept. From the solo careers of all four Beatles—every track on every album—we know that the same music would’ve been much better had it been created by The Beatles’ process. A process which covered flaws and played to strengths and stretched them each in ways they needed to be stretched, and existed with the weight–and the standards–of all the music that came before. New Beatles music would’ve had to live up to that which had been made before, and thus insisted each of them be at the top of their game. To assemble a bunch of solo tracks into a mythical Beatles album is to not hear the difference between Beatles music and solo music (even at its best), and my ears, the difference is so vast, I inherently don’t trust anyone who warms overmuch to this exercise.

And that is the ultimate tragedy of the breakup: not that they made solo albums, that was inevitable given their fecundity and the constraints of vinyl, but that they themselves did not hear the difference. Deafened by their own egos, they did not  realize what they were losing when they stopped working with the others.

All Hail the Rutles!

McCartney and Starr on Orlando attack