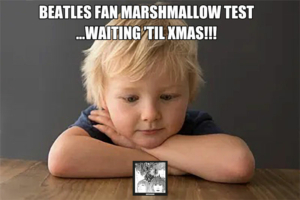 I lasted approximately thirty seven hours before I broke down and listened to the new mixes from Revolver Deluxe—thanks, bad influences, you know who you are. I was trying to hold out until Christmas morning. And I still plan to unbox the physical item on 9 am sharp December 25th. But in the meantime, here’s a thread to contain all the burbling. It’s worth burbling over.

To prime the pump, go check out this article on Slate, which I liked—rather unexpectedly so because Slate’s motto should be “Where interesting topics go to die.” And this interview with Giles Martin on the “how” is very interesting as well. AsFaith Current said to me yesterday, the new instrument-isolating technology suggests that they’ll have to do Pepper and White and Abbey Road over, as well.

And I found this worktape simply transfixing. Think you will too.

From Wabi Sabi: “The Beatles’ Embrace of Absolutely Everything”