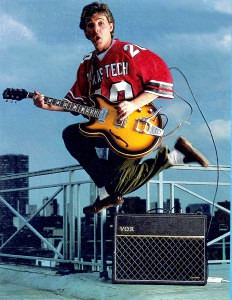 Texas Tech is a college team. That’s how un-NFL the Beatles are.

In what may be the strangest post ever on Hey Dullblog…please permit me a brainstorm.

For the past several years, I have played fantasy football. In this meta-sport, each individual selects a group of (American) football players. The weekly stat totals of your group are turned into points, which are then compared to the group you are playing that week. If you have any interest whatever in the NFL, it’s incredibly addictive and fun.

I would be happy to run a league — eight minimum, probably fourteen maximum — for Dullblog readers. There won’t be any money involved, but the winner, and some runners-up, will receive a box full of Beatles swag.

I am making this offer with no idea — repeat: no idea — whether fifty of you will respond, or none.

As we all know, the Beatles were decidedly allergic to sports (Paul supports Everton in the English Premier League); but I enjoy this hobby immensely, and enjoy all you Dullblog readers even more immensely. So I thought I’d make the offer. Anyone interested in playing in the DBFL, contact me via the site. Deadline is, let’s say, Friday September 4th, 2015.

To get you in the mood, here’s John Lennon with Howard Cosell on “Monday Night Football,” December 1974.