Lennon in the 80s 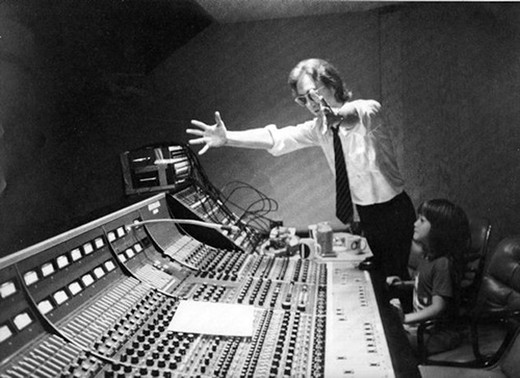 “Someday, son, this will all be yours. If you have Garage Band.”

I am always trying to figure out a non-obnoxious way to spotlight some of our great old posts. (There are over 600.) Today, commenter Damon F. solved that problem for me by finding this impassioned burbling on “Harry Nilsson: The Shadow Beatle“, which spurred him to burble the following in response:

“I think it’s a bit unfair to say Lennon squandered his gifts considering he was shot dead at age 40. He worked five years post Beatles yet is compared to the others who worked much longer. All indications were the 80s would have been a very good time for Lennon, the times would have finally caught back up to him as it were. Kind of hard to see him going wrong with guys like Andy Newmark, Tony Levin, Earl Slick, etc, on his team.”

What an interesting launching point for a discussion; thanks, Damon. I don’t think I said that Lennon “squandered his gifts,” exactly; more that his chemical addictions subtly but steadily wrecked his creative mechanism — as it did for Harry Nilsson, the subject of the post, and Peter Cook, Lennon’s one-time friend and authentic comedy genius. And furthermore that recognizing this self-sabotage is so painful for us that, after it’s done its work and the person is dead, there are always apologists ready to spin the addiction into something more palatable. But before I revisit that point, let’s address your point about Lennon in the 80s. Here’s my take:

I think judging John Lennon’s solo work simply in how it stacks up against the solo work of the other Beatles sells him short. If he was a genius, as he endlessly claimed post-Yoko, then that’s a much more rigorous standard — but it’s one that he would likely accept, maybe even insist upon. Interesting, proficient, even enjoyable work — none of these are sufficient for genius. They are merely starting points. And it’s no longer about where a piece of work fits into one’s personal development, but that PLUS how it is received by his/her peers, PLUS what impact it has on how the art is practiced, PLUS how it lives in the culture at large. The difference between wonderful work and genius is the difference between “Leave My Kitten Alone” and “Tomorrow Never Knows”, or “Dr. Robert” and “Strawberry Fields Forever”. 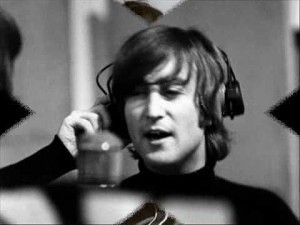 Singers use microphones. Geniuses use mics in milk jugs filled with water, with condoms on them.

Much of Lennon’s Beatles stuff clears this bar, and any other bar you care to set up. But with the exception of Plastic Ono Band, and perhaps the song “Imagine,” his solo stuff does not. After ten years and ten albums, we knew the parameters of solo Lennon. Thirty more years in the studio with great sidemen probably wasn’t going to fix John Lennon’s flaws — his susceptibility to fashion, his dearth of musical ideas, his impatience (weaknesses that, when balanced by others in the Beatles team, were often strengths). John Lennon was a formed artist. The only thing that possibly could have provided a quantum leap for Lennon in the 80s was working with Paul again, because that’s where the genius had always been, John&Paul, and not just John or Paul. The stuff with Cheap Trick is a fun listen, but it’s not genius. Ditto “Walking on Thin Ice.” Interesting, proficient, enjoyable, but we gotta blow away these myths. If not us, who? If not now, when? I know you want to go get some Gummi peaches, but we can’t leave it for the next generation. They’ll all probably have chips in their heads and sext in ones and zeros. Screw them.

The first myth that we must explode is Lazarus-in-Bermuda; “The Dakota Beatle Demos” shows that Lennon had been composing during his retirement (in the bug-crawling-across-the-kitchen-floor manner in which he worked in the post-Paul years), and that it took him a solid five years to come up with the Double Fantasy/Milk and Honey material. What happened in 1980 was that he wanted to play the game again, not that his muse had returned. That was self-protective spin.

The second myth is that Double Fantasy is genius Lennon, a major artistic statement; it isn’t. Pre-assassination, Double Fantasy was considered a bit of a damp squib — pleasant, catchy, somewhat interesting within the rock idiom for its celebration of hearth and home. But nobody was calling it Great Art, nor was it a massive worldwide smash, until after Lennon’s murder. That event gave every note of Double Fantasy a power and pathos that it does not possess alone.

Now I must admit something to you: As an Irish Catholic I grew up surrounded by a haze of What Might Have Been, from JFK to last Sunday’s burned roast, and I’m allergic to it. So allergic that I might overcompensate. But I’m sticking by my guns on this one; the LP and singles had been released and reviewed. It was only after Lennon’s horrific death that the Double Fantasy stuff took on the mythic weight it has now. And how could it not?

But like I said, predicting the course of John Lennon in the 80s wasn’t really what I was getting at in that earlier post. My point –expressed better there, go read it — was that geniuses with chronic addictions seem to exhibit a similar career arc. In The Last Tycoon (his own version of Double Fantasy) F. Scott Fitzgerald wrote “There are no second acts in American lives.” I think what he really meant when he said “American” was “addict.” 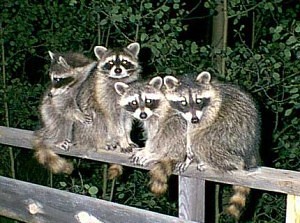 Geniuses are delicate machines. A genius with a decades-long habit is like an electron microscope after the raccoons got to it. It is an exquisite tragedy that it all happens so quietly; the body and brain seem fine, living on long after the genius has been driven from the tissues by poison — and nobody feels this absence more acutely than the artist him/herself. The hunger to reclaim that genius is what drives the artist to the One Last Effort, and our own hunger supplies the What Might Have Been.

Is this just a story structure? Could be. But it also makes sense to me that this course is biologically determined. Initially, an individual’s young strong brain and body can process whatever is ingested — and indeed the chemicals seem to enhance the creativity. In youth and strength, chemicals are a tool the genius uses, going places others can’t/won’t go. Over time, however, the liver and kidneys and brain deal less and less efficiently with what you’re putting in them, and the deleterious side-effects are felt more and more strongly. The artist’s lenses become clouded, his/her subtle mechanisms of perception are nudged farther and farther off true. “You let the raccoons in on purpose?”

For Lennon in the 80s, or Brian Wilson post-SMiLE, “good” takes supreme effort; “great” is an impossibility. It is only our sentimentality — our love for the artist, and ourselves — that makes us round up that final bit of work. There’s no harm in it, as long as we also acknowledge that, y’know, drugs wreck you even if you’re a genius. Of course they dull you and slow you and warp you — that’s why human beings take ’em.

Of course as long as Lennon lived, there was the potential for him to return to the creative heights of his Beatles years. Whatever raccoons do, people can fix, I suppose. It’s lovely to think that the 1980s would’ve been a renaissance for John Lennon. Let’s think that, since we can’t have the man himself. But I will also curse the raccoons.