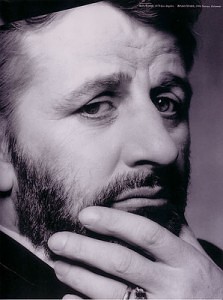 NANCY CARR • You know you’re the biggest band in history when a federal judge ruling about the NSA’s surveillance program uses an analogy to your members to explain his judgment.

The whole article is here, but I’ve excerpted the Beatles-related part below:

“Appeals Court Judge Richard Leon invoked Founding Father James Madison and the Beatles in a frequently scathing ruling. Leon, appointed by then-President George W. Bush, ordered the government to halt bulk collection of so-called telephony metadata and destroy information already collected through that program. But he suspended his order as the case works its way through the courts . . . .

Leon said Founding Father James Madison would likely be “aghast” at the NSA’s activities — but also conjured up a Beatles-themed image to rebut the government’s suggestion that it does not collect Verizon metadata.

‘To draw an analogy, if the NSA’s program operates the way the Government suggests it does, then omitting Verizon Wireless, AT&T, and Sprint from the collection would be like omitting John, Paul, and George from a historical analysis of the Beatles. A Ringo-only database doesn’t make any sense, and I cannot believe the Government would create, maintain, and so ardently defend such a system,’ he wrote in footnote 36 on page 38.”

I kind of want to know what information would be in a “Ringo-only database,” though.