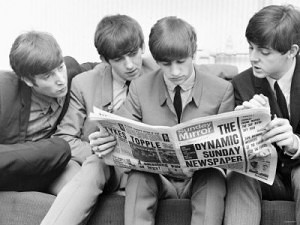 “Apparently, we’re not a patch on The Shadows.”

MIKE GERBER • Devin wrote something in an comment regarding The Beatles and criticism that I thought was too well-expressed, and too rich a topic, not to break out for further discussion. First, here’s Devin’s comment (edited a bit by me; follow this link to get the full version):

Something’s been sticking in my craw for some time, and I will take this occasion to extract it. A while past on this blog, I posted a video of myself and a friend debating the best Beatles album. I picked the White Album, which if not quite the commonest opt is at least a safe one among Beatle people, while my friend picked Beatles for Sale—which no one else in history has chosen as their best. A comment was dropped by a reader whose powers of perception were such that he had merely to see the title of my friend’s pick for him to know the appended argument and encompassing video were unworthy of his attention…[snip]…But full exposure to the argument would have revealed that his points were considered, coherent, and, though highly subjective and dependent on personal experience, no more so than your choice of Pepper or mine of White. But our commenter, happy to turn off his mind, relax and float back to the womb of his own protected opinions, will never know that, as he will probably not know a few other things in life.

The point is to take the differing opinion, even the radically differing one, on the terms on which you’d like your own to be taken, and not respond to that difference by calling critics “eunuchs at the gang-bang.” (I don’t know any more than does Hologram Sam who originally said that, but I’d bet my car it was a rock star who just got, and probably deserved, a bad review.) [A quick search attributes it to George Burns or Mike Nichols.—MG] The point is to truly consider alternate views, not disallow them via insinuations of insanity or allegations of asexuality. It’s not just good manners, it’s fair play: remove those layers of engagement, openness, and dispassionate assessment, and we are all Comic Book Guy.”

I think what made Devin’s statements (and pique) so interesting to me is, unlike most comedy folk, I’ve been both a performer and a critic. As most of you know, I’ve written some widely praised, and widely damned, funny books. I’ve received plenty of undeserved criticism, and as much undeserved praise, but here’s the thing: I can’t recall one critical opinion that addressed, or even seemed to grasp, the main point of any of my books. For all the ink and pixels we spill on post-grad pop culture commentary—and it’s endless—my own test cases showed that critics bring a fairly low level of analytical rigor to their work. (Or my stuff sucks. I’m willing to admit that possibility, too.)

But ten years before I was getting reviewed, I was reviewing. (Still do it occasionally…awkwardly, but sincerely.) Back when Amazon.com was just toddling out of Jeff Bezos’ garage or wherever it began, I was that outfit’s Humor Editor. Which meant that I flung my opinions far and wide across the dialup-powered internet, for some pay and even less glory. So here’s where I tell you I did better than the people who reviewed my books? Nope—I was a wan, thin, schoolmarmish critic, and wish I’d never written a word of it. Not because I didn’t take it seriously (I was quite scholarly, which drove my editor nuts) or express valid opinions—if one new person read Without Feathers or Fran Leibowitz or Will Cuppy as the result of my reviews, I consider it all worth it. My style was even OK, if a little sweaty. But here’s the thing: I wasn’t a critic. I was, and always have been, a writer. So there was something dishonest taking place—necessary given my finances, but distinctly unfair, and I think readers picked up on that.

When a book came across my desk, I wouldn’t—couldn’t—judge it on its own merits. It was simply impossible to hear over the din of my own voice. So I did the only thing I could do: hold it up to my mind’s bright light, seeing how closely its outlines fit with my own aesthetic. From both my knowledge of how the business works, and what I now read under the rubric of “criticism” I’m convinced that’s what 99% of critics do today, and it’s utterly useless. It’s what Nik Cohn was doing in his review of Abbey Road. 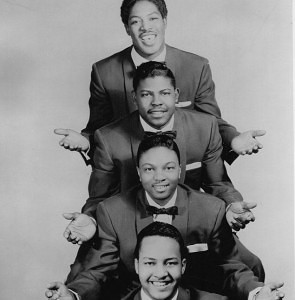 Because I cannot name a single time a record review has enhanced my enjoyment of a record, I avoid rock criticism; thus I did not know who Nik Cohn was, except perhaps in a vague, murmur-of-existence way. Now, after reading his review, I know exactly who he is: somebody so overconfident in his artistic judgment, so enthralled by his own narrow aesthetic, so high on his own supply that he panned the 14th greatest LP ever recorded, because it didn’t sound like The Penguins. So I forever revoke Nik Cohn’s authority on The Beatles. You want to take him seriously, fine. I won’t; he’s simply not accurate, much less trustworthy. Just as I revoke the authority of that guy on Pitchfork who suggests—via Kurt Cobain who isn’t here to rebut his 25-year-old self—that The Beatles peaked in 1964. Now, was that Pitchfork review any worse than what I wrote, ‘way back when? Certainly not—a lot better, in fact (there’s only so much I could say in 200 words). But especially with a topic as overexposed as The Beatles, personal passion is an essential starting point. (Here’s an example of a Beatles piece that works, IMHO. Revelatory? No—but passionate and accurate.)

Everybody’s Entitled to An Opinion

In this internet age, everybody’s damn sure going to express one—and so I think there are problems with Devin’s compassionate plea for civility. If there’s anything that’s going to kill what used to be called “Western culture,” the idea that everybody’s opinion is equally worth considering is a leading candidate; it’s not that future generations won’t care about great art, it’s that they’ll be too dimwitted and narcissistic to tell the difference. You can see this stupidity in action in the oh-so-internet idea that “The Beatles were just an overhyped boy-band, unlike [insert current band here].” (Go to Slate, click on an article about the Beatles, and scroll through the comments. Then cry.) Every alternate view isn’t worth considering; in fact, most aren’t. With editing more and more a lost art, some common-sense reader-side filters are required.

Is the critic accurate? Within reason, obviously. Not everyone is Lewisohn. (I’m certainly not.)

Is the critic sincere? Either this stuff matters, or it doesn’t; expressing a strong opinion should put you in the former camp, and that comes with certain obligations. Unlike that commenter, I listened to all of that video Devin mentioned, and I was disappointed. I wanted the other guy to really debate Devin, really fight for Beatles For Sale—or at least bring Devin’s level of erudition and thought to the gig. I don’t know if that person exists, but if you’re not into The Beatles—if you think they’re overhyped, or at least overexposed and there are plenty of other bands we could be and should be talking about instead—then “Best Beatles LP” is not the talk for you to give. It’s as if I had been asked to speak at a comedy convention on “The Greatest Standup of All Time,”  and bracketed my co-presenter’s discussion of Richard Pryor with a stunt-choice of Andrew “Dice” Clay. Then spent 20 minutes tracing interesting curlicues.

Is the criticism essential? It’s not just cultural omnipresence that makes The Beatles so difficult to critique; it’s also the power and clarity of their work. With a few exceptions, critics of The Beatles are simply beside the point; the music is enough. Which, of course, is what makes Devin’s own book Magic Circles that much more amazing. It has shaped my thinking about this group—but the techniques Devin had to use to generate genuinely new insights, the intellectual force it required from him to beat through that image we all know, these things are what makes the book too rich a flavor for some. So rich, in fact, that I don’t consider it criticism, but a kind of parallax view.

Is the criticism helpful to the art? My final point is clearly unfair, but it’s perhaps the most interesting to consider. One could argue that the vast murky ocean of pop cultural critique that currently laps at our chins began with the bombastic praise for Sgt. Pepper in 1967, and the establishment of Rolling Stone later that year. That development was obviously great for certain things—the counterculture’s perception of itself, Jann Wenner’s bank account, the media business in general—but maybe not for the music it covered. Certainly if one looks at The Beatles, their genius seems to have blossomed perfectly well without a chorus insisting that Rock is Art. In fact one could argue that the paranoia and ego that eventually broke up the group could only have been stoked by their post-Pepper ascension to avatar status. So does pop culture criticism improve the art it criticizes? Does it lead to a smarter audience, which demands better work? It kindles a kind of formalistic self-awareness, we know that, but does it lead to better songs, movies, writing? I would argue, quite forcefully, that the best comedy seems to be produced without knowledge of such things—and know that, for myself to do my best work, I must actively avoid thinking about critical reaction. I would wager it’s the same for all artists. Maybe it’s not; but the assumption that more criticism equals better art is often taken for granted, and it shouldn’t be.

With these thoughts in mind, I think the only reason this site is still going after six years is The Beatles’ utter immunity to criticism—and the inviolable connection they have, and continue to forge, with listeners. What do you think?