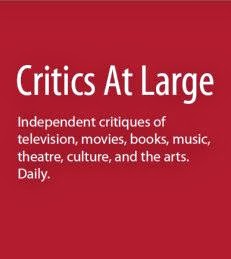 DEVIN McKINNEY  •  One of my colleagues at Critics at Large, Toronto-based arts critic Deirdre Kelly, has scored a dynamite interview with Mark Lewisohn, recently in T-Town for a screening of the Hard Day’s Night re-release and a book-signing.

The interview is both substantial and delightful, especially for we who so eagerly consumed Tune In last December, who still see its vivid pictures in our minds, still hear the hum of the history it reanimated. Lewisohn is just as engaged a subject as he is a writer, and Deirdre elicits much fascinating info about the research process he’s been following as “the world’s only full-time Beatles historian”—including the back-story behind the George Martin revelations.

And I must highlight—this being, by personal decree, The Year of Ringo—a casual Lewisohn phrase that puts better and more accurately than any word-tonnage why it is that Our Richard was not The Luckiest Man in History, nor even The Biggest Fool that Ever Hit the Big-Time:  “It was right with him and wrong without him.”

Lewisohn’s “Tune In” Extended Edition back in print