The Beatles and Drugs: the best books? 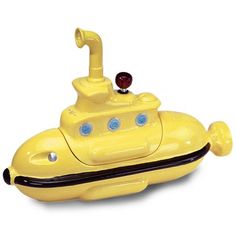 Yes, this is a bong. I don’t even smoke and I want one.

Folks, someone in the Beatle fan community told me recently that he’s writing a book about the Beatles and drugs. It’s a fascinating, underconsidered topic — well, underconsidered by all but right-wing nutjobs, more about that later. Any weary perusal of our comments will attest that it’s one I have a lot of interest in, and opinions about. (This post and thread is but one of many.)

This fellow asked me a question about John’s drug use in the 1979-80 period, and I immediately thought of several books that would be essential in determining that: Goldman (obviously), Fred Seaman’s The Last Days of John Lennon, and “John Green”‘s Dakota Days. These three sources are widely dismissed — and sometimes even reviled — within Beatle fan circles, but it’s precisely their skewing towards the salacious that makes them particularly appropriate when researching a topic like this. One mustn’t necessarily believe them, more use them to figure out what needs to be pondered, and where to look next.

It’s like this: in the late 60s and early 70s, there sprang up all over the country these things called “underground newspapers.” Full of sexual content and profanity, these publications bore no resemblance to the so-called “straight press,” and openly rejected the conventions of mainstream journalism. Which made them very bad at covering some things — if you want an unbiased view of something, you wouldn’t find it in an underground newspaper. But for other things (sex, drugs, youth and counterculture, and the rest of the vast slice of life that offends advertisers and/or authority figures), the undergrounds were essential. 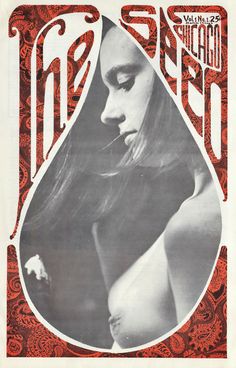 For these topics — even some falling solidly within the purview of conventional journalism, like police brutality — they are an infinitely better source than the straight press of the era. And the farther afield you get, the more taboo, the more essential they become. To piece together the reality of drug use, for example, using the straight media of the Sixties would result in a laughably inaccurate, vastly manipulated, utterly useless result. The only responsible thing is to turn one’s bullshit detector up to 11, and dive in.

The muckraking biographers of the Beatles are, in some ways, direct heirs to these underground newspapers. When something is seamy, especially if it deals with sex, drugs, or money, they move towards it, not away; they assume that John, Paul, George and Ringo’s straight persona is an essentially cynical lie to be dispensed with. Though their work is unimaginable before the underground press cleared the way, they often use this freedom to put forward an essentially conservative agenda. Nixonian smear tactics x the underground press = Albert Goldman.

In our society, drug use and sexual behavior are so surrounded by strong taboo that they are unlikely to make it into “the authorized biography.” How many biographies of John Kennedy had been published before any of his vast and compulsive sexual escapades were made known to the public? Or his (rumored) experimenting with marijuana and LSD? (Not sure I believe Tim Leary on this one. It’s just too comfortable for the counterculture. Great crazy thought, though — and not impossible, I guess.)

This is not simply prurient interest: President Kennedy’s sex life certainly had an impact on who he was as a person, and what he did and did not do as President. It impacted not only his policies (via his psychology), but also his day-to-day effectiveness in the Oval Office. For example: he could not remove J. Edgar Hoover, the racist head of the FBI, because Hoover had a ton of sexual dirt on him — thus the effectiveness of FBI agents in the segregationist South was much lesser than it might have been. In a million different ways, Kennedy’s sex life impacted his Presidency. So it’s not only fair game, it’s essential to engage with, even though it draws biographers and historians out into the murky waters of the underground press. Similarly, I just ran across a fact I’d forgotten: JFK was taking testosterone daily throughout his Presidency. Has any historian ever asked the obvious question: was Kennedy’s priapism a side-effect of the medications he was on? By viewing taboo behavior solely through the flattening lens of morality, we often miss what’s important about it.

OK, where are those Dutch whorehouse pics?

The Beatles are a slightly different story, in that the stakes attached to their individual behavior were much lower. They probably wouldn’t have made their quantum leap so quickly without Preludin, nor been able to tolerate late-stage Beatlemania without vast quantities of pot. However — and this is something that Paul and the Beatles generally understood, while Mick and the Stones (to use the obvious counterexample) generally did not — their position as role models for children precluded total honesty towards the press. And for most of the Beatles’ reign at the top of the pops, the press willingly reciprocated that arrangement.

I believe that John and Yoko were trying to run a similar kind of arrangement with the press in the 70s and 1980. Within some circles, their eccentricities were so widely known as to be accepted — an “open secret” as it were. But this secret was generally kept; out of friendship, or wanting to curry favor, or having secrets of one’s own. And not even the most aggrieved heroin dealer or brothel owner is going to go on the record in the manner necessary for a Major Metropolitan Newspaper. It’s interesting that John himself said of an earlier time, “There are pictures of me crawling out of whorehouses on my hands and knees,” but none of those pictures have ever surfaced. Was he lying? Doubtful. Were they lost? Would you have lost them?

Surely there’s a financial benefit to publishing a picture of John Lennon exiting a brothel at the height of Beatlemania. Or maybe that benefit is exceedingly smaller than internet cynics would have you believe. Certainly there is a power keeping stuff unknown, and on certain topics, it seems to be more powerful than the complementary forces pushing things into the light. 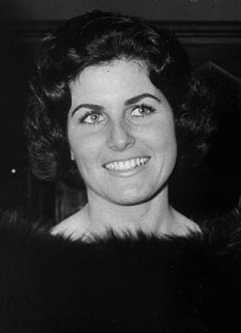 Who’s Talking, When… and Why?

The “revelations” about President Kennedy began around 1975, when it was leaked that he’d slept with Judith Exner, a one-time girlfriend of mobster Sam Giancana. (This story may have been broken by GOP lackey/Nixon speechwriter William Safire.) After that, the info proceeded apace — Inga Arvad, East German spy Ellen Rometsch; Marilyn Monroe; Mary Pinchot Meyer… until finally Sy Hersh, the gumshoe’s gumshoe, wrote a whole book on “The Dark Side of Camelot.”

What is often not emphasized in this well-known narrative is the timing of these revelations. They began right as the US intelligence community was being called onto the carpet, via the Church and Rockefeller Commissions. And they continued as the House Select Committee on Assassinations probed the murders of JFK, RFK and Martin Luther King (who, it should be noted, also had some dirty laundry come out during this time). Even during the Reagan-Bush era, there is an inescapable political motive for smearing JFK — publicizing the affairs of a dead liberal to push the country conservative and tarnish the legacy of the Sixties.

Reaction to this right-wing attack machine is, I think, much of why Goldman’s book was so reviled — yet another Sixties hero being dragged through the mud. But that surely was intentional; I’ve never bought for a second that Goldman began as a fan. I think tearing Lennon down was a large part of why Goldman wrote the book, and the 1988 optics of that were why the publisher encouraged him to go in that direction. It’s difficult to explain to someone who didn’t live through the viciousness and single-mindedness with which the Reagan and Bush crew — essentially Nixon Part II — attacked the people of the Sixties, and the mindset of the Sixties. It was a crusade for them. Only now, 35 years later, have enough of them died off that we can think about legalizing pot, and treat gay citizens like, y’know, citizens.

To the extent that Goldman, or any other biographer, is engaging in politics or character assassination rather than sympathetic forensics, they should be criticized, and their conclusions viewed with skepticism. But John and his Beatles did engage in taboo behaviors and — setting aside the interesting question of whether having taboos reduces harm or simply spares our sensibilities — anybody who is interested in that side of their story, that side of their personalities, is forced to truck with sources that are iffy. If they weren’t iffy, they wouldn’t have dug out that material in the first place; just as one can spend an entire day at the Kennedy Museum in Boston and never hear about Fiddle and Faddle. (At least this was the case in 1982, when I went as a kid. Maybe it’s changed, but I doubt it.)

Because more sober biographers won’t go there, we’re left to sift through the material ourselves. Lennon always said the reason he didn’t get addicted was that he always sniffed heroin, rather than injecting it. And yet, isn’t the hypnotic opener of “Come Together” him hissing “shoot me”? This isn’t pondering what color socks he was wearing in 1969 — it’s attempting to understand something very important about the daily life experience of John Lennon, that most autobiographical of songwriters, at a pivotal point in his career. What he used, how much, when, and with whom is terribly important, because drug use comes with a whole lifestyle, mindset, cast of characters, vulnerabilities, and neurochemistry. And he knew this, which is why in the 1980 interviews he’s so very definite: no hard stuff anymore, no booze, just the occasional psychedelic.

Liking the Beatles is a political choice, whether you want it to be or not; if you’re socially conservative and yet resonate deeply with the music and message of the Beatles, sooner or later that’s going to have to reconcile. It might have been possible for the Beatles to be apolitical in some other time and place; but not here and now. But all that having been said, we can’t let politics — who we wish John, Paul, George and Ringo to be — outweigh who they were. And this is particularly important when talking about the truth-based ethos of the Sixties.

Any suggestions for our friend?

What sources have you found to be particularly good regarding the Beatles and drugs/sex? In addition to the ones I noted above, I recall that the Miles/McCartney mashup Many Years From Now isn’t shy. And Tom Doyle’s Man on the Run was good, too. Anybody read any Giuliano, for example?