The two dozen or so films Ringo Starr has made outside of the Beatles may constitute, more than any other legacy, a hefty bequest to the genre known unofficially as film merde. In spite or perhaps because of this, a surprising number of the all-star extravaganzas that make use of our favorite drummer’s amenable presence and recognizable nose have generated cults of some size (at least, if you believe Internet commentators who themselves, rather than stating existing facts, may merely be hoping to originate such cults). If nothing else, some of them offer a window on that passage in cultural history when, thanks in no small part to the Beatles’ influence, certain “underground” sensibilities surfaced and were co-opted as fashionable, potentially lucrative aspects of mainstream entertainment.

Most of these films are embarrassments (not only today: people found them embarrassing at the time). But not every inquiry is about what is good or bad, worthy or wasteful. Sometimes it’s about simply having the experience of a thing that people once found it necessary to create, whatever that thing is.

So, as I scrape the merde from my shoes, be diverted by these highlights, offered in chronological order, and in successive posts. (Originally, this was going to be a Top 10 list, but I found that, with Ringo’s movies, that’s simply too much of a stretch.) 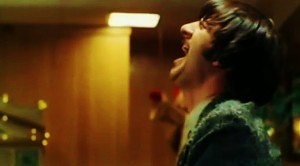 Pauline Kael: “It isn’t erotic. It’s a shambles.” That’s like saying Vesuvius wasn’t warm, it was hot. The Christian Marquand-directed adaptation of the Terry Southern-Mason Hoffenberg novel—the cast of which brings together such unlikelies as Marlon Brando, Walter Matthau, James Coburn, Anita Pallenberg, John Huston, and Buck Henry (who also “wrote” the “screenplay”)—somehow leads, among many other places, to the spectacle of our Ringo (as a bug-eyed Mexican gardener torn between evil and purity; that is, between sex and chastity) groping Ewa Aulin’s Candy atop a pool table in a paneled basement rec room somewhere in the American Midwest, as Steppenwolf blares from a jukebox, Richard Burton drunkenly molests a life-size doll, and a nonplussed Sugar Ray Robinson offers voyeuristic commentary from within an aureole of polka dots. Upon climaxing, Ringo howls reverently in memory of a certain legendary Mexican revolutionary leader.

Only in the Sixties.