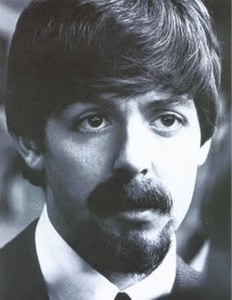 In an example of Beatle fandom amped to a truly Dullbloggian intensity, I offer “The Beatles Mustache Index.”

Can you spot any mistakes? I think I found one: the picture of Ringo with Geoff Emerick says that “[Ringo] shaves everything off and starts fresh before the “Hey Bulldog” recording sessions, but otherwise he has a moustache from 1966-thru 1970 and beyond.” And then, not two pictures later, we see Ringo clean-shaven (July 8, 1968).”

Perhaps there are some clues hidden in the LPs…?

Share your favorite Beatles facial hair in the comments, if you wish.