That title says it all, really. If you want to cut to the chase, start watching this clip from Jimmy Kimmel Live at about the 2:15 mark.

And in this photo of Cyrus, Jett, and McCartney at the Rock and Roll Hall of Fame, Paul does a little . . . nonplussed. 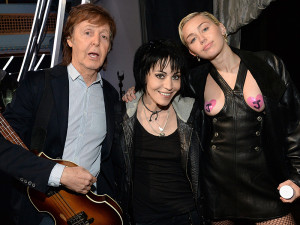 Say what you will about Miley, she’s performing a version of  1960s freedom that the Beatles helped pioneer. She’s done the Sgt. Pepper’s cover album with the Flaming Lips, and I can just see her on the bus with Ken Kesey if she’d been a teenager when he was hitting the road. (Check the marijuana leaf in her headdress.)

I wonder if Miley’s outfit here gave Paul a flashback to the days of the Apple Boutique and his own crazy-dressing past. 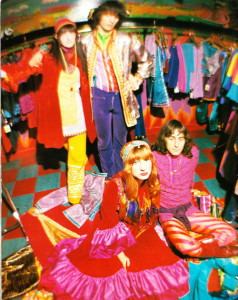 Designs for the Apple Boutique, 1968 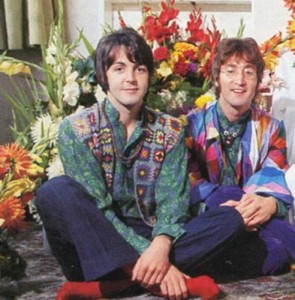