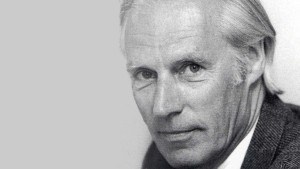 “We have a ghost in our house in the country…he smokes a pipe.”

Hieronymus interviewed Martin six times between 1995 and 2007. Says Linda, “This is definitely interview material I have not encountered before — George Martin and Dr. Bob discuss ghosts, life elsewhere in the universe, ecological concerns… a departure from the usual.”

Yes, but what is Gerry Marsden really like? (Just kidding.)

I’m listening to it now and enjoying it, you should check it out. Hieronimus and Martin are both truly Sixties People, and if there’s a secret agenda to Hey Dullblog, it’s to preserve that Sixties outlook in future generations via The Beatles and ilk.

Hour one and hour two. (BTW, about 20 minutes into Hour Two Martin talks about how his comedy work with Milligan and Sellers informed his work with the Beatles.)