The Future of Beatlefest 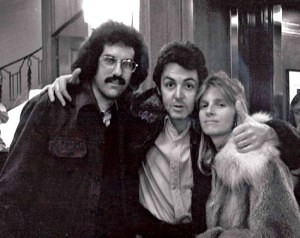 …and yes, I know it’s The Fest for Beatles Fans. But to me, it will forever and always be “Beatlefest,” because that’s what it was when I was 14 and the world still made some kind of sense. So now that we’ve set an appropriately crotchety tone for this post, onward.

(Actually, not quite yet. The ungainly name that Mark Lapidos’ wonderful convention has been shackled with since 2002 brings up something to keep in mind as you read: what Beatlefest was, is, and will be, is entirely up to the 800-pound corporate gorilla/custodian of the Beatles’ legacy. So this post is really as much about Apple Corps as Beatlefest. Everyone associated with the current Fest does a great job, and every serious Beatle fan should attend at least once. Beatle people owe the Lapidos family a real debt of gratitude, not just for taking the plunge in 1974, but keeping it going ever since. It’s stuff like the Fest that keeps Beatlefandom vibrant in-between the surges of energy felt by the larger culture.)

For those of you who haven’t made the pilgrimage, The Fest for Beatles Fans is a weekend-long celebration of everything Fab, held in the convention space of a hotel. There are talks by Beatle authors, interviews and Q-and-As with Beatle celebrities, videos, soundalike bands, performances by Sixties warhorses and those inspired by them. And of course there are big rooms filled with merchandise; record shops and other vendors come from thousands of miles to present their frayed and yellowing wares. 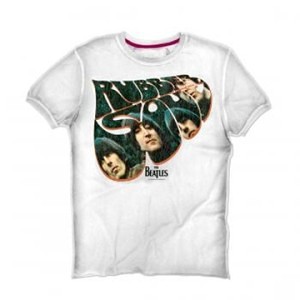 This one’s nice, too

If you’re like me, you get a little thrill when someone walks past you wearing a Revolver t-shirt. Multiply that by one hundred, and you have Beatlefest. It’s a total ball, and after decades of practice, every aspect runs on tracks. I always say that there are two groups in which I immediately feel at home, and those are Buddhists and Beatle fans. So, for me, there’s no such thing as a bad Beatlefest.

That having been said, the LA fest was significantly different from the gatherings I frequented as a kid. It was much less communal than I remember, much more like a million small conversations happening simultaneously. There was no central experience that we all shared and, thus, less a sense of community than I remember. On the one hand, this just proves how diverse Beatlefandom is, and that augurs well for the future. There are many, many different types of Beatles fans, apparently, each digging their own aspect of the band.

In the era before the web, Beatlefest was the only place to see or hear (or buy) something rare; for second-generation fans like myself, that was the whole reason to go. If The Fest for Beatles Fans is somewhat weaker tea now than it was in 1984, eBay and YouTube are mostly to blame. I’m still somewhat amazed (and appalled) that I can bring up “Peace of Mind/The Candle Burns” in two clicks. Like so much of what the internet hath wrought, I’m not sure this is progress, but see earlier remarks re: crotchetiness. 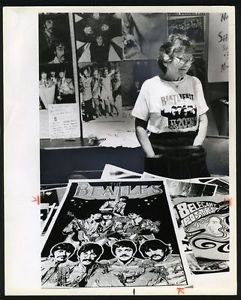 Perhaps not everybody was as excited as I was

When I went to Beatlefest in the 80s, the place crackled with excitement. In the flea market, people flipped through crates with the fervor of an Indiana Jones. The evening’s films were events, filled with people finally seeing something they’d only seen stills from, or read about. It didn’t matter if the movie was a downer — even Let It Be was a kick, even The Magic Christian got laughs. There was something — forgive me for saying this but “religious” is the word that seems to fit best.

Today, after the vaults have been (mostly) emptied, anything once-rare can be found on eBay, and (for reasons I can’t figure out, but I assume it has to do with the studios) Beatlefest isn’t allowed to show Beatles films, the experience is very different. It’s a lot of nice people in T-shirts, obviously, but it needs be more… and I think it will be.

Comic-Con for The Sixties

Fandom is a medium for the growth of self-definition and friendship, both of which can be established online, but need other people’s presence to really take root. This is why fan conventions are growing like crazy. Face-to-face interaction gives a visceral kick the virtual world can’t provide, and physical gathering solves some really important marketing and distribution problems for the corporations in charge of our pop culture. So I think Beatlefest, or something like it, is going to be around for the next fifty years.

But based on what I saw in October, it’s going to morph from its current form into a more general celebration of the Sixties. I saw this at the LOVE show, too: As the Beatles have receded into history, they have gotten less sharply defined, blurrier but much bigger. They’ve come to symbolize the big psychedelic love-glob of people places and things that represents the youth-driven countercultural Utopianism of the Sixties. In the same soft-focus way that Bob Marley stands in for pot culture, or Marilyn does for Old Hollywood. And this is a good thing, because the Sixties are needed today. People crave Sixties-style optimism — and the movements of liberation that came about in the Sixties era (civil rights, feminism, gay liberation) are as current as your Twitter feed. Not only are the Sixties not going away, the Sixties are winning. 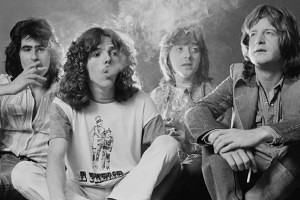 I bought a “Breaking Badfinger” t-shirt

This embiggening process is already well on its way; Beatlefest devotes a significant amount of programming and table space to what I’d call “Beatle-adjacent” stuff — everything from Yoko’s art and the Year of Peace, to TM, to Billy J. Kramer and Badfinger, to general Sixties/Boomer-focused merch on the tables. In some part this is encouraged by the changing mix of the attendees; the majority of the people I met in October were my age (46) or younger. And one can’t ignore the sight of the panels all growing frail and gray. How can Beatlefest do what we clearly want and need it to do — keep the Sixties dream alive in our culture — without all the original people? By necessity, Beatlefest is becoming conceptual.

This is a good thing. It’s the Beatles as gateway drug. For original fans, there’s a vast difference between the Beatles and, say, the Kinks. But for someone born in 1985, where both have been played side-by-side on the classic rock station, the distinction is less important. You start with the Beatles, but end up with much more. And once Sixties culture has suckered you in, the history is all there, waiting to be investigated further.

The only dark cloud on Beatlefest’s horizon has to be its inability to show films. But I think this will change; studios are becoming more and more flexible in how they deliver content to their audiences, and it’s only a matter of time before they figure out how to monetize conventions. Which are either big enough to make worthwhile, or not big enough to police. Not allowing Beatlefest to show A Hard Day’s Night and every other Beatle movie is just plain stupid — old-fashioned content control in a digital world. Apple could change that in a phone call to UA, and it should. Because Apple, like Paramount (Star Trek), or Warner Bros (Harry Potter), or Marvel (endless), should do everything it possibly can to feed the lust of Beatle fans.

Beatlefest: the future of Apple Corps

Every day in every way, the people at Apple Corps must ask the same question: “What do we do when the last track is out?” From Star Trek to Veronica Mars to Marvel Phase whatever-we’re-on-now, big media companies have wised up to the marketing efficiencies and purchasing power of an energized fanbase. In a digital world, your fan’s heart is your only defensible niche. And so the line between authorized content, fan-fic, crowdfunded extensions, remixes, and so forth are a lot blurrier than they used to be. They will grow blurrier still. The Beatles aren’t a bunch of songs, any more than the Marvel Universe is a bunch of drawings on paper; both are worlds that you can drop into, again and again, and be charged for the privilege. 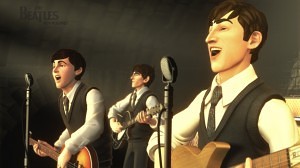 The path is clear, and it’s inevitable because there is a huge demand, but no new Beatles stuff to be released. Games can be played with copyright, but music by John/Paul/George/Ringo is a finite resource almost tapped dry. Remixing and immersion is the standard next step. And an Apple-sponsored convention experience is the logical next step after “Rockband” and LOVE.

Last month, I went to see LOVE at The Mirage, and was astounded and delighted by it. (I’ll post more later.) In it, a bunch of new geniuses built on the Beatles’ genius to create something wonderful. However, this was only possible with the complete support of Apple. A Fest of the future can be that same sort of incubator for new intellectual property; Apple can have new stuff to offer, but it needs talented fans to make it — a convention is not only the most logical way to start these efforts, but also allows for the compression and cross-collaboration that you see in the Cirque show.

For a big media company, a convention is the easiest possible way to move units. And it’s the obvious place for subsidiary content to be looked for, and incubated, and pre-launched. Just as Apple was forced to dust off the “Long and Winding Road” project after the explosion of high-quality bootlegs in the mid-90s, the usefulness of a Beatles fan convention will insure that, sooner or later, Apple will get into the Beatlefest business. What might that look like? 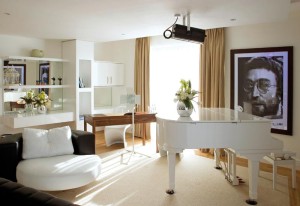 Well, it will probably start out as our current Fest, on steroids: every guest imaginable (even Yoko and Sean), every film, the whole thing tiered out the wazoo, with well-heeled attendees spending $500 for dinner with Peter Frampton, or $5000 for tea with Yoko and the Spirit Foundation. Step Two might be a cruise, like Turner Classic Movies does, with an annual celebration in some city (Liverpool or NYC or Hollywood). Step Three will probably be the construction of a casino/resort in Las Vegas — think of the “Hard Days’ Night” hotel crossed with the Hard Rock in Vegas.

What do you think? And what you think about The Fest for Beatles Fans? And will I see any of you in Chicago?