Vinyl remasters: To buy or not to buy? 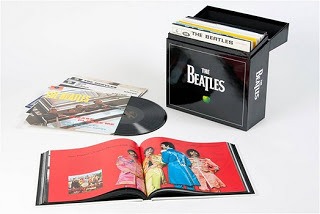 Three years after the CD remasters, we now have the vinyl remasters of the Beatles catalog. (Mono vinyl remasters to follow). The question is, are the remasters worth buying, if you already have Beatles vinyl in good condition?

The decision is more complicated than it was for the CD remasters, because the Beatles CDs from the 1980s were fair to horrible-sounding. But the original Beatles vinyl versions still sound great if they’ve been well cared for.

If you’re trying to make up your mind, you’ll be interested in the following Chicago Tribune piece, in which a panel compares the sound of old, new, and Mobile Fidelity versions of Beatles vinyl: http://articles.chicagotribune.com/2012-11-12/entertainment/ct-ent-1113-beatles-vinyl-20121112_1_beatles-nostalgia-beatles-catalog-beatles-lps

After looking at the condition of my current Beatles vinyl and reading early reviews, I’m unlikely to buy many of the vinyl remasters. How about you, fellow Beatles aficionados?

Another kind of cover