Filmed over the course of 12 years, Richard Linklater’s movie “Boyhood” is getting raves. Beatlefans will take particular note of the scene where a father (Ethan Hawke) gives his son (Ellar Coltrane) a mix of solo Beatles tracks, which he dubs “The Black Album.” (Please note: this is not the stupendously lo-fi Let It Be-era bootleg, which managed to bring me down within seconds of loading the video.) The fictional collection’s fictional liner notes begin, “I wanted to give you something for your birthday that money couldn’t buy, something that only a father could give a son, like a family heirloom. This is the best I could do. Apologies in advance. I present to you: THE BEATLES’ BLACK ALBUM.”

This collection is actually a version of a gift Hawke gave to his own daughter. You can read more about that, and the liner notes in toto (which immediately veer into the Mental Floss version of The Beatles, but wtf, it’s a movie), here on Buzzfeed. 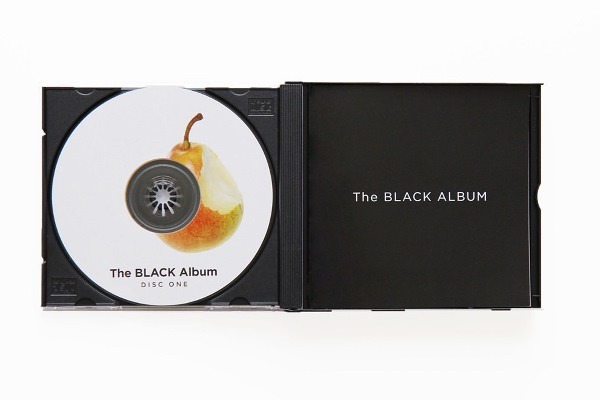 We’ve toyed with this concept before, but it’s a perennial, and I await your opinions with baited breath. It’s an exercise in sequencing, which the Beatles were wonderful at; and two of the main brains behind that particular magic are still alive and kicking: Paul McCartney and George Martin. I wonder if they might be coaxed to compile a list — say for charity?

Right off the bat: I’m blowing the whistle on “God” right before “Listen to What the Man Said”. I get the theme, but man, sonic whiplash. Also, no “Coming Up”? Nothing from George’s “Living in the Material World”? No “I’m the Greatest” or “Back Off Boogaloo”? Let’s use this as a running start at a real mix that works, eh, Dullblogisti?