[Beloved HD readers: We’re trying something a little new here, a call-and-response. This is my take on a recent piece in The Atlantic by Joshua Wolf Shenk on Lennon and McCartney. Soon Mike and/or Devin will chime in with posts of their own. — Nancy Carr] 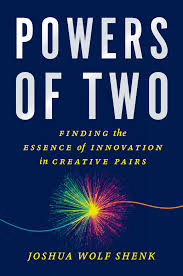 Hi Mike and Devin,
I just finished reading Joshua Wolf Shenk’s Atlantic cover story on the Lennon/McCartney partnership, and while it has its flaws, I’m glad to see John and Paul presented as full collaborators. How crazy is it that it’s necessary to argue that the entire Lennon/McCartney songbook is the work of two artists whose contributions can’t finally be separated? Given that it is necessary, Shenk does a good job of explaining why these two great songwriters are properly viewed as partners, not rivals. I appreciated the way Shenk dismantles the view of Lennon and McCartney’s work in the Beatles as that of two “individual creators.” He’s right that this has become “the contemporary ‘smart’ take on them.” Especially for those who don’t look deeply into the historical record, it’s easy to buy the oft-repeated idea, memorably voiced by Robert Christgau, that the Beatles broke up because “three of them believed they were geniuses and only one of them was.” (No points for guessing who Christgau was canonizing.)

I’m glad Shenk included details about how specific songs came together: these are familiar to most fans, but will be illuminating to folks who’ve bought the “individual creators” line. He illustrates that it’s almost always nonsensical to talk about a Lennon/McCartney song as being all John or all Paul. Lennon contributed the crucial “you know what I mean” line to “I Saw Her Standing There.” McCartney added the countermelody to “Help!” Lennon sped up “Ob la di, Ob la da” and added the banging piano intro. They were constantly cross-pollinating, even when they didn’t appear to be working together–and even after the period of particularly intense co-writing that ended with touring. As Shenk puts it, “the lone-genius myth prevents us from grappling with a series of paradoxes about creative pairs: that distance doesn’t impede intimacy, and is often a crucial ingredient of it; that competition and collaboration are often entwined.” I also think Shenk is right about why the partnership broke down: lack of external support for it. While I found his account of the White Album sessions too simplistic—those tension-filled sessions were productive in large part because they fed off the burst of collaboration spurred by the preceding India trip—he’s surely right to note that “instability within a creative duo can be immensely productive, but only if sufficient support exists around it.” In the late 1960s, no one was shoring up the Lennon/McCartney partnership. And without that framework to support its continuation, the pressure and intensity blew it apart.

Shenk’s piece has its flaws. He occasionally overwrites (“For centuries, the myth of the lone genius has towered over us, its shadow obscuring the way creative work really gets done”), and he buys into too much of the McCartney as sentimentalist / Lennon as iconoclast mythology. That McCartney could write “I’m Looking Through You” and Lennon “In My Life” shows the limitations of that view. 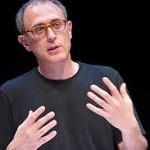 Another weakness of Shenk’s article, I thought, was the way it virtually ignored Harrison’s and Starr’s roles in the music-making process. I recognize that he’s focusing on pairs, but in the case of the Beatles, the Lennon/McCartney partnership was embedded in a group, and that makes a difference. Apart from noting that by the time of the band’s breakup George “began to buck the junior role he had long been forced to play,” Shenk doesn’t engage with what Harrison and Starr brought to the band. If it’s true that “John was able to insult reporters because Paul charmed them,” it’s also true that John and Paul were able to be the group’s creative drivers because Harrison and Starr supported them in that role. And George and Ringo contributed to the final form of Lennon/McCartney songs in myriad, uncredited ways: with inventive fills and guitar parts, with song titles, and with the uniformly high quality of work they did. Shenk’s right that it’s past time to move beyond the absurdity of trying to pry the Lennon/McCartney collaboration apart, but taking the four-way dynamic of the band seriously is even more overdue. But overall, reading Shenk’s article made me wonder if we’ve finally reached a turning point in Beatles writing.

Perhaps the Revised Standard Version of the band as constructed in the 1970s and 1980s by Philip Norman, Jann Wenner, Robert Christgau et. al. is starting to crumble. Maybe John Lennon can be freed from the life-destroying gold paint that’s coated him for three decades. I like to think that Mark Lewisohn’s nuanced, even-handed, and impeccably researched Beatles history is a leading indicator that it’s finally possible to scrape off the encrustations of myth and see the real interplay of talent and personality that made the Beatles’ achievements possible. But maybe I’m being too optimistic. What did the two of you think of Shenk’s essay?

[Notes: Much of what Shenk says about Lennon and McCartney will be familiar to readers of his earlier Slate articles. And for those who want to see an exemplar of the view of Lennon/McCartney that Shenk is responding to, read the chapter “A Portrait of the Artist as a Rock and Roll Star” in Rolling Stone’s 1982 book The Ballad of John and Yoko. In it Robert Christgau and John Piccarella do their damnedest to prove that Lennon was the band’s sole genius.]