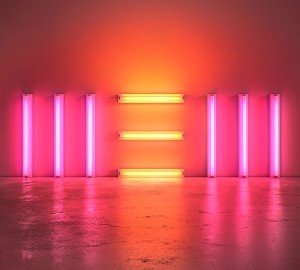 NANCY CARR • The “New” album is the occasion for Ben Greenman of The New Yorker to opine about Paul McCartney’s “generic genius.” That’s very much “generic” as in “bland and undistinguished,” not as in “genre-spanning.” Greenman asserts that the album’s title is “almost comically inaccurate,” but appears unaware that his own critique recycles cliches about McCartney that are drastic oversimplifications when they’re not flat-out false.

Now, I haven’t heard the whole album yet, so I’m not going to speak to Greenman’s assessment of it. What I want to discuss are his sweeping statements about McCartney’s music and career. Here’s the most telling paragraph:

“McCartney has been famous at an unimaginable level longer for than nearly anyone else alive. But as he has headed into old age, he has addressed the matter with a kind of relentless professionalism that borders on impersonality. He isn’t Paul Simon, using rueful humor to get a foothold on mortality. He isn’t Bob Dylan, grizzling his way to the grave. He isn’t Neil Young, hurtling from primal enthusiasm to primal enthusiasm, or Leonard Cohen, wisely dissipating into a mist of erotic Buddhism. He’s Paul McCartney, and he’s Paul McCartney now the way that he was Paul McCartney ten years ago, or thirty, generically exhorting listeners to action or reminding them of glory of love or sketching the outlines of a less pleasant emotion (fear, sadness, unregulated anger) without any real specifics. On album after album, McCartney has been content to be a rock star seen from the outside rather than an artist seen from the inside.”

These are the kind of lazy generalizations about McCartney’s music that make me crazy. The last three albums of original material McCartney has released—Chaos and Creation in the Backyard (2005), Memory Almost Full (2007), and Electric Arguments (2008, with Youth, as “The Fireman”) have grappled with darker feelings in ways that are utterly unacknowledged by Greenman. To pick one stellar example, “You Tell Me” is a bleak look at past betrayal that’s one of the grimmest songs McCartney’s ever written and one of the finest of his solo career.

Criticism like Greenman’s shores up the hackneyed (and misguided) view that McCartney should be dismissed as a shallow entertainer, in contrast to the daring artists who bare their souls musically. The only song Greenman really likes on New is “Early Days,” because it is “the rare McCartney song that feels as though it was created honestly, by a real human, rather than strategically, by a corporate director interested primarily in promoting (or at least preserving) his brand.” McCartney, in this rendering, is only a “showman” who writes songs “that are without meaning but not meaningless.”

At this point it’s well to pause and note that this negative view of McCartney’s work on New is far from universal. Allmusic.com gives it four and a half stars, and Rolling Stone gives it four. So why am I bothering to respond to Greenman?

Two reasons. First, I think it’s important to point out how durable—how, in fact, impervious—McCartney’s reputation as a lightweight is in some quarters, despite evidence to the contrary. McCartney does bear a great deal of responsibility for that reputation, having put out music that IS soppy and boring, especially during the 1980s. But it’s irresponsible to ignore the fact that he’s also made excellent solo music that engages deeper emotions, and that starting in the 1990s he’s dug himself out of the pit he shoveled with stuff like Pipes of Peace and Press to Play.

Secondly, I’m increasingly convinced that the whole “savvy showman vs. unsullied artist” dichotomy is dangerously naive. McCartney transparently cares about audience reaction, and obviously loves performing, but that doesn’t make him nothing but a shill. Even more to the point, a musician’s reputation for “ragged candor” (the quality Greenman misses in McCartney) can also be a “brand,” and a very marketable one. It’s as foolish to believe that musicians who write pessimistic, ostensibly self-revealing songs are necessarily sincere as it is to believe that optimism and a degree of reserve are inevitable markers of falsity.

McCartney has plenty of faults, musical and otherwise, but I more and more appreciate his indomitable energy and musical fertility. And if you go by the dictionary definition of  “genius,” which is “a person with exceptional intellectual or creative power,” then he is that, full stop.