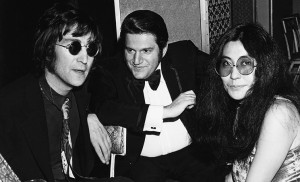 Ladies and gents, I have a treat. It seems the proprietor/tress of the wonderful Beatles tumblr Amoralto was reading our comment thread, and shot me a link to the entire scan of the Allen Klein Playboy interview. This link will take you to a site where you can download it.

(A natural word of caution: Of course download at your own risk, etc etc. I have not had a chance to download it myself.)