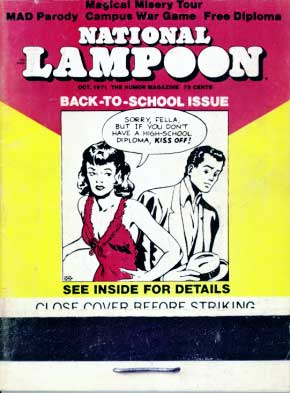 Yeah, the covers kicked ass, too

Last week, as I was cleaning up my office, I came upon this wonderful piece from the American humor magazine National Lampoon. In print and on vinyl, the Lampoon talked about the Beatles a lot, quite irreverently — and it was (so I’ve heard) the magazine’s irreverence towards Yoko that soured their relationship with John Lennon. (He hung out at Lampoon‘s offices for a while right after making the move from Tittenhurst Park to the Big Apple.) I don’t know specifically what caused the rift, but I think we can all agree that it was inevitable.

We’ve posted some Lampoon material previously here on Dullblog, and as I’m going to a screening of a new documentary tomorrow (“Drunk Stoned Brilliant Dead“) I thought I’d put this up now.

Like all classic Lampoon stuff, it’s chock-full of inside jokes, so read closely. I was going to drop all six pages into this post, but then saw where the jpgs were coming from — the very interesting blog of a wonderful satirical illustrator named Stephen Kroninger. (And Randall Enos himself shows up in the comments.) So here’s page one, but go to Kroninger’s site for the rest. 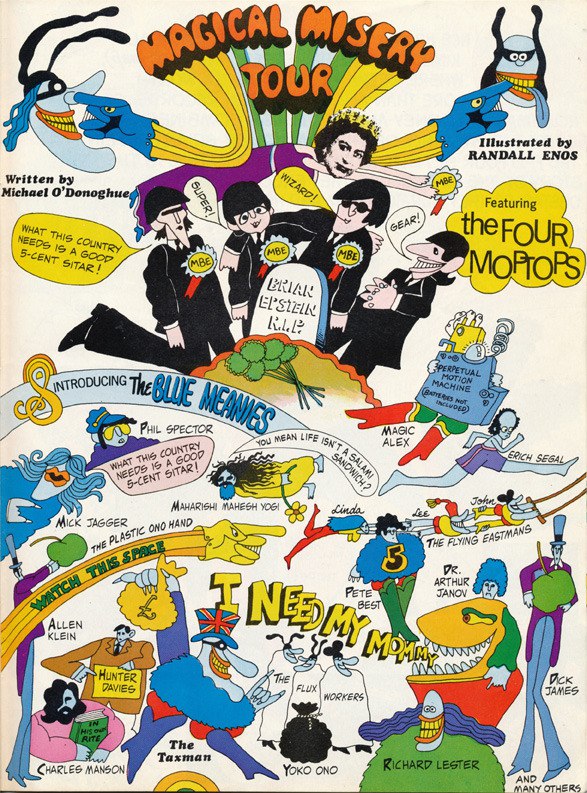 The blue meanies to the right and left of the title are portraits of O’Donoghue and Enos, respectively.