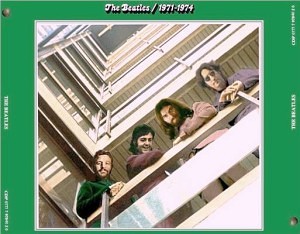 We’ve discussed the notion of a “Beatles in the Seventies” album many times before on the site — here, here, and so forth — but I stumbled across another person’s worthy effort this morning and thought I’d share it.

I’ve been slowly reading and enjoying Trav S.D.’s fascinating and florid history of vaudeville, No Applause, Just Throw Money: The Book That Made Vaudeville Famous and so I wasn’t entirely surprised that his picks for a lost Beatles album were somewhat idiosyncratic. To my great pleasure, Trav has identified McCartney’s “Suicide” as the seed of something great that should’ve been given the full Beatles treatment. But to my vivid consternation, he also puts the aimless noodling of “What’s The New Mary Jane?” in the same league as “I Am the Walrus” and “It’s All Too Much” — instead of what it truly was, the first signs of Lennon’s melodic well running dry. (For the next four years, a lot of Lennon’s work seems like someone’s charging him by the note. “But I’ll let you quote Chuck Berry for free.”)

Trav’s a fellow fan of the 1968 “Not Guilty” (for which I have stated my love many times); but then goes off the rails with the incredibly dreadful “Circles” — why not “Nowhere to Go” or another unreleased worthy from Beware of ABKCO? In other words, how dare Trav not be just like me?

Those are my yelps of praise and pain, put your own in the comments. It’s a thoroughly enjoyable post, and Trav S.D. is clearly a fellow traveler when it comes to the Beatles. We welcome him to the burgeoning Dullblogverse.