This started as a comment on Mike’s “Were John and Paul Lovers?” post. Though I wrote it before commenter Marcua’s thoughts came in, we’re expressing some similar ideas about the probable roots of John’s post-India hostility toward Paul.

I very much doubt that Lennon and McCartney were ever lovers. There’s enough credible evidence that Lennon talked about and expressed interest in bisexuality for me to think he, at some point, recognized a degree of attraction to Paul. And there’s enough from Paul (“he had beautiful hands,” etc.) for me to think it might have gone both ways, if not as strongly. Could John have made a pass at Paul in India, under the circumstances Michael describes? I can believe that. More than that I have difficulty believing, given what we know of the way each man lived the rest of his life.

Ultimately I think the central importance of the Lennon/McCartney partnership to both men’s lives indicates that we need to expand our ideas about what friendship can be and how much it can matter. As Michael put it in his post, “Male gender roles are pathetically restrictive; any close friendship between men is plagued with rumors of sex. That’s bullshit, and we shouldn’t make those restrictions stronger.” It might be more revolutionary to see John and Paul’s alliance as evidence of how defining a non-romantic friendship can be than to see it as a romantic relationship.

I also don’t think the post-India hostility on John’s part toward Paul requires a sexual pass/encounter to explain it. Here’s my theory: take it with whatever amount of salt you deem appropriate.

Why Lennon may have resented McCartney from the start 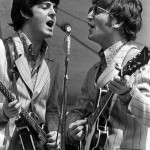 From the beginning of the band, John saw Paul not only as an ally but also as a competitor. Lennon’s friend Pete Shotten reported that John thought twice about asking Paul to join the Quarrymen because he was so good. I think John also likely felt resentment against Paul from the beginning –not for what he did, but for his comparatively easy circumstances. And I think that only got worse as the years passed. Consider:

I think this disparity in their circumstances was tolerable to John — just — as long as he was the undisputed leader of the Beatles, the main songwriter, singer, spokesperson, and driving force. But that balance started to tilt around 1966. Paul started writing more songs and getting more A-sides. Then Brian Epstein died, and John experienced that as another abandonment. Paul kept pushing, but John stopped pushing back: he seems to have lost the will to do so. But at some level the knowledge that he was losing his leadership role in the band had to be terrifying. In emotional terms, the Beatles were the only thing he had.

I believe that having time to stop and think about all this in India might well account for John’s subsequent hostility toward Paul, and his determination to reassert power over the group. It could only have made things worse that Paul could take up with Linda Eastman without needing to divorce Jane Asher or abandon a child. To regain a sense of control John needed to form an alliance with someone who would reassure him that he was still the band’s leader — enter Yoko Ono and Allen Klein. 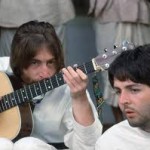 After reading Mikal Gilmore’s Rolling Stone article on the breakup and Peter Doggett’s You Never Give Me Your Money, I’m convinced that John’s alliance with Allen Klein was a bid to reassert power, particularly over Paul. I’m not sure to what degree John really was done with the band and wanted to break it up and to what extent he wanted to break Paul. I think he may well have wanted Paul to admit he needed the Beatles too much to quit, sign with Klein, and thus affirm John as the group’s leader.

When Paul wouldn’t do that – when he stole John’s march and virtually announced the breakup in the McCartney album’s self-interview—John’s rage reveals how much this defeat meant to him. Now there was no going back, and John had to push the “he hasn’t quit, I sacked him” narrative to save face. Then Paul won the lawsuit to have the Beatles breakup recognized as a fact so that Klein would be ousted.

John won that PR battle: Paul was vilified for the lawsuit and blamed for the breakup for years (still is, in some quarters). But in intra-Beatles terms, I think all this primarily played as Paul publicly refusing to follow John’s lead. That refusal, which John saw as absolute betrayal, fueled the hatred expressed in “How Do You Sleep?” 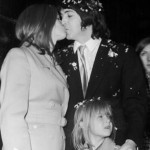 And all this helps explain why John seemed invested in believing that Paul’s marriage was unhappy and would end, that all his solo music was crap, etc. Paul had gotten the better breaks from the beginning; I can imagine it must have seemed cosmically unfair to John that Paul had been able to defy him and then forge an independent life that was happy in any way.