J.R. Clark, guest Dullblogger • Of the many personas David Bowie created during his entertainment career, perhaps none was more memorable and influential than the protagonist of his song, “Ziggy Stardust”. The song tells the story of a musician in a rock band who becomes famous. The fame makes him conceited; he seizes control of the band from the other members, and the fame ultimately destroys the band and the musician. 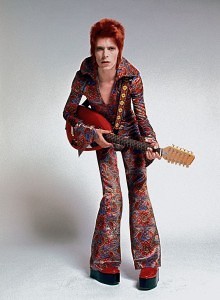 Rock music fans in general, and Bowie fans in particular, continue to debate which musician(s) Bowie drew upon for inspiration in writing the song, including Iggy Pop, Lou Reed, Marc Bolan, Gene Vincent, and Jimi Hendrix. Bowie himself has said in several interviews that he modeled Ziggy on eccentric 1950s British rocker Vince Taylor, who gradually became unhinged by substance abuse and fame. It is perhaps most likely that Bowie made Ziggy Stardust a composite figure of many rock musicians, but it is unusual that one rock musician is conspicuously absent from the debate: Paul McCartney.

I believe that the historical context in which Bowie wrote and recorded the song, a critical reading of the lyrics to “Ziggy Stardust”, and some clues from The Beatles’ history, will reveal McCartney to be one of Bowie’s inspirations for the character of Ziggy Stardust.

Bowie wrote and recorded “Ziggy” between September 1971 and January 1972, a time when the most important story in rock ‘n’ roll was the very bitter public feud between John Lennon and Paul McCartney following the breakup of The Beatles. The feud began when McCartney released the album Ram in May 1971; Lennon took offense to the lyrics of several songs that he interpreted as personal slights. Lennon responded in kind with the songs “How Do You Sleep?”, and “Crippled Inside”, on his album Imagine, released in September 1971. Two months later, McCartney gave an interview to Melody Maker magazine in which he criticized Lennon and his wife Yoko Ono, refuted Lennon’s attacks in “How Do You Sleep?”, and presented his side of the story of the dissolution of The Beatles’ partnership. The interview so infuriated Lennon that he wrote a response to Melody Maker chiding McCartney for his conceit and demanded it be published in full in December’s issue.

The Lennon-McCartney feud caused Beatles fans, as well as the rock ‘n’ roll community, to choose sides. At the time, Paul seemed an unsympathetic figure and, in comparison to Lennon, he had few allies within the rock music community. McCartney had publicly taken credit for breaking up the band and he had recently sued the other three Beatles to dissolve their business relationship. It also didn’t help matters for McCartney that he seemed to be at a creative low point in 1971. Music critics savaged Ram upon its release, calling it inconsequential and irrelevant. It may be hard to imagine today, but there was a time in Paul’s career when Ringo Starr could say condescendingly about McCartney’s songwriting: “I feel sad about Paul’s albums. . .I don’t think there’s one tune on the last one, Ram. . .he seems to be going strange.”

There is no doubt whose side David Bowie took in the Lennon-McCartney feud. He once called John Lennon “probably his greatest mentor”. In an unforeseen future, Bowie would cover “Across the Universe”, “Mother”, and “Working Class Hero”; he would form a friendship with Lennon and even collaborate with John on the song “Fame”. He may not have consciously thought of The Beatles’ history or the Lennon-McCartney feud as he conceived Ziggy Stardust, but Bowie seemed to write an interpretation of those events in the song’s lyrics:

Ziggy played guitar, jamming good with Weird and Gilly,
And The Spiders from Mars.
He played it left hand, but made it too far,
Became the special man,
Then we were Ziggy’s band. 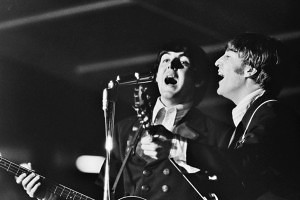 Bowie leaves the identity of the song’s narrator ambiguous. It could be one of the Spiders, a fan, or even Ziggy himself. “Weird” and “Gilly” could be apt pseudonyms for Lennon and George Harrison; “The Spiders From Mars” likewise is a clever insect-related variation on The Beatles’ name. Bowie made reference to Paul’s left-handedness, then implied that McCartney’s fame as a musician, composer, and performer had made him conceited. After Brian Epstein’s death and Lennon’s gradual withdrawal from the band, Paul had anointed himself the “special man” within The Beatles, and his tendency to dominate the others made them complain that they felt like Paul’s sidemen or session musicians.

Ziggy really sang, screwed up eyes and screwed down hairdo
Like some cat from Japan, he could lick ‘em by smiling
He could leave them to hang
He came on so loaded man, well hung and snow white tan.

So where were the Spiders while the fly tried to break our balls?
Just the beer light to guide us,
So we bitched about his fans and should we crush his sweet hands?

Bowie describes The Beatles of 1969, when Paul drove the band into Twickenham Studios to begin the process of writing, performing, and recording Let It Be. The strained atmosphere at Twickenham led to the infamous confrontation between Harrison and McCartney.

Ziggy played for time, jiving us that we were voodoo
The kids were just crass,
He was the nazz
With God-given ass
He took it all too far
But boy could he play guitar
Making love with his ego
Ziggy sucked up into his mind
Like a leper messiah
When the kids had killed the man
I had to break up the band.
Ziggy played guitar. 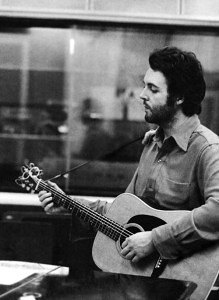 Bowie describes The Beatles’ final chapter: Paul playing for time after John told McCartney, “I want a divorce”; McCartney arguing for live performances to keep the band together and his unwillingness to listen to the others’ opinions. In the final verse, Bowie describes Paul’s reputation during the Lennon-McCartney feud — “like a leper messiah”, references the “Paul Is Dead” conspiracy theory, and McCartney’s announcement that he had broken up The Beatles.

Bowie claimed he adopted the Ziggy persona for two years after the release of the song, although he did not play guitar left-handed nor did he have “screwed up eyes and screwed down hairdo like some cat from Japan”. Instead, Bowie grew out a blonde mullet and looked more like a drag version of Paul’s wife Linda McCartney.

By 1973, Paul McCartney regained commercial and critical success with the release of the albums Band on the Run and Venus and Mars.

Bowie and McCartney did meet for the first time in early 1975 at John Lennon’s apartment at 434 East 52d Street in New York. Bowie allegedly played John and Paul an acetate of his forthcoming album, Young Americans. After the third run-through of the album, Paul reportedly wounded Bowie when he said, “Do you think we could listen to something else?”