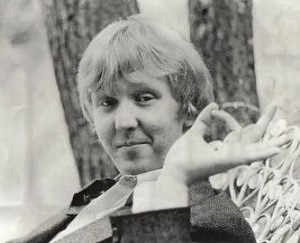 Trolling the internet in the wake of another viewing of “Who In The World Is Harry Nilsson?” I ran across this interview with the legendary songwriter Jimmy Webb on Harry Nilsson. Nilsson fans are well-nigh enjoined to read it. Here’s a nice meaty quote for you:

[Harry] was proud of that [the famous screaming contest with John Lennon]. There was a lot of testosterone floating through the air, and John, in a way… Well, there are a lot of Lennon fans out there, God forbid I should say anything about John, but he kind of brought out the worst in Harry. I think they would have probably both been better off if they had been somewhere else, doing something else. But I understood. I understood. I had been there, I had done it, but I had reached the point where–even though I never stopped loving him like a brother, and I think Ringo’s right when he says, “Harry was my best friend,” I think they were best friends…

An interesting thought: if Yoko hadn’t happened, do you think John and Ringo would’ve done what Harry and Ringo did, and John and Harry did? That is, cut a swath through the 70s until one of them crashed? I’ll never tire of thinking about how Harry Nilsson seems to fit with each Beatle…what is it, I wonder? The booze, the fundamental loneliness, the musical ability—or all three?
Here’s more Webb on Nilsson, this time from Rolling Stone:

It’s with sadness that Webb remembers his final encounter with Nilsson. They had dinner with fellow songwriter Stephen Bishop and their wives and girlfriends at Beverly Hills restaurant The Ivy. Although Nilsson then had a heart condition, he ate fried chicken off someone else’s plate. When the meal was over, he suggested that he and Webb go for a drive back to their hotel in Santa Monica alone.

“We pulled up in a real quiet spot in front of the hotel and he pulled out a couple of cassettes and said, ‘I want you to listen to some stuff.’ And I say, ‘OK, great.’ And he played maybe 20 songs and took the cassette out and shoved another one in, probably played another 20 songs. We were out there for hours. He didn’t say anything. It was just song after song after song — sweet, brilliant, witty off-the-wall Harry — different and great. Afterward, he said, ‘Well, What do you think?’ And I said, ‘I love it.’ And he said, ‘I hope so, because that’s my life work. Thanks for listening.’ That was the last thing he said to me. I wish there had been somehow a happier parting because I felt there was a certain air of sadness about the whole thing.”

As a thanks for reading, here’s Nilsson’s demo for his iconic cover, “Without You.” Even yummier, I think.