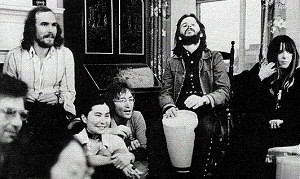 DEVIN McKINNEY  •  Robert Christgau’s new memoir, Going Into the City: Portrait of a Critic as a Young Man, contains a passage on the John Lennon/Plastic Ono Band album that struck me as resonant, and more than relevant to recent discussions on this board. As I sought at length to explain in my review of the book, posted at Critics at Large, Christgau is often a wise man and often merely a wise guy, and a love for one aspect hardly ensures a like, or even easy tolerance, for the other. But one thing that has remained constant, if hardly monolithic, throughout his nearly 50 years now of writing rock criticism is his love of the Beatles, and high regard for John Lennon in particular. 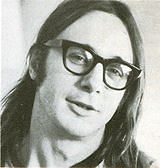 Yes, Christgau—whose not-infrequent loathing of McCartneyisms and Harrisonics, outside of the Beatle context, is well-documented; solo Ringo mainly makes him sigh—personifies the critical cult that has elevated John as the Beatles’ lone genius, meanwhile engorging his legacy with dubious estimations. (Though I adore John, I think you needn’t make a case for him as philosopher to establish his centrality to the 20th century and beyond.) But that there are some things Christgau doesn’t hear doesn’t mean he isn’t hearing what he does hear, if you follow me. 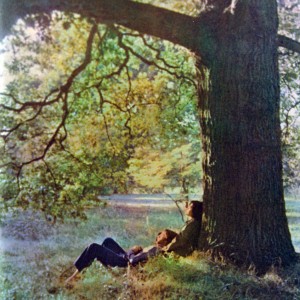 Among the points where we differ is the “broken mirror” aspect I mentioned in a recent comment, which I find essential to processing JL/POB in the richest, least objectionable way, the way most generous both to John and to myself as a listener. Rather than a spree of unvarnished truth-telling, the album is better apprehended as an aesthetics of anger, a tour de force exploitation in sound and lyric of varieties of rage, not all of which bear scrutiny if heard strictly as autobiography—which, I know, is how JL meant us to hear it, but since when do we have to do everything he says? Christgau, somewhat conversely, seems to take “Working Class Hero” on its face, separating its considerable objective power as a performance from the admittedly germane question of whether a person of John Lennon’s background, genius or no, is justified in writing a song of such unique self-righteousness.

The point where we are in accord, however—perfect, blissful accord—can be found in the second sentence of the first paragraph.

Its harmonic surface uninviting, its rhythms almost crude, its tempos too deliberate even when they speed up a little, this music isn’t just spare—it’s stark, somber, as befits the “primal screams” in which John was then publicly invested, a pop-psych connection that some skeptics never got over. Scornful though I was of not just Arthur Janov’s con game but John and Yoko’s peace-is-yours-if-you-want-it bromides, I didn’t let either bother me, because even then I didn’t confuse rock stars’ belief systems, which were never systematic anyway, with the music their beliefs fed into. . . .

Rock-as-art figurehead Phil Spector deserves credit for once. Forbidden to ask Tchaikovsky the news, he hones his expertise to deep, durable, subliminal effect. Every minimal note reverberates. The drums Ringo Starr pounds suggest a funeral, the piano Lennon pounds contains an orchestra, and Klaus Voormann’s metronomic bass is rock solid, devoid of grace or funk. Often praised for its unmediated nakedness, Lennon’s singing is in fact cunningly varied in timbre and affect—solemn, conversational, delicate, agonized, childlike—and anything but unmediated. Sometimes it’s magnified by echo tricks we’re sometimes unsure are there, and also on occasion doubled outright, to especially double-edged effect at the end of “Isolation.” All the posturing about the real John Lennon laid bare buys myths of authenticity John knew the spotlight too well to believe, which isn’t to say he was above enlisting them for persona management purposes. But by isolating his voice to full expressive effect, Plastic Ono Band establishes its versatility, authority, and stature. It’s where I began to believe that rock proper has produced no better singer.

There are, of course, also lyrics. I’ll mention just three. A year past Altamont, “Working Class Hero” became the first rock song to address class as a political idea and remains one of the wisest and most complete. The much-mocked “God is a concept by which we measure our pain” means—duh—“the more you hurt the more you think you need God,” which is kinda true, innit? And for me the key lines are on the album closer “God,” a performance even naysayers sense is epochal: “I just believe in me / Yoko and me / And that’s reality.”

No deeply satisfying wrap-up, no slick bow-tie meant to foreclose discussion and disagreement once and for all—only some clear and I think valid observations on a piece of music that still, after all this time, fails to delight, disturb, or at least frustrate damn few of us.