In Defence of Revolver 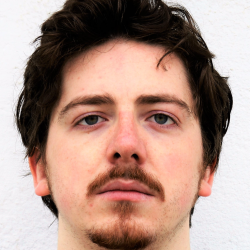 About a month ago Michael Gerber posted an essay that argued with disconcerting eloquence and insight that Sgt. Pepper is objectively better than my all-time favourite record, Revolver. I feel compelled to respond with a few words about the album I’m sworn to defend. If you haven’t read Mike’s excellent piece already please do so now—I’ll wait.

My first quibble is with the idea that Lennon’s opinion on Pepper influenced anyone else’s. People have looked to John for wisdom, inspiration and spiritual guidance, but I don’t think they’ve ever let him tell them what Beatles songs to like. After all the chief Beatle never called Revolver one of his favourites; that honour variously went to White and MMT.

I’m more inclined to agree with Robert Rodriguez that Revolver’s stock started rising in 1990s America when Americans finally heard it: once the CD edition standardised the original version of the album fans finally got the chance to hear the band’s bold step forward in all its boldness. And in the Beatles’ homeland the Blurs and Oases (that’s the plural, right?) took their cues from the jagged pop of 1966, not Pepper.

In its time the album influenced artists from Hendrix to the Velvet Underground to Donovan and, as the first fully adult-sounding Beatles record, notified the band’s millions of imitators that the old words over the old chords with the old vocal intonations weren’t going to cut it any longer. (As Dylan famously put it, ‘I get it, you don’t want to be cute any more.’) In a nutshell, Revolver influenced bands indirectly by encouraging them to do their own thing, whereas Pepper inspired bands to make records that sounded like Pepper. Today those roles have been reversed: millions of bands take their cues from Pepper’s studio-as-instrument aesthetic…and end up making records that sound like Revolver.

But if I’ve understood you right Michael, the crux of your argument is that Pepper encapsulates its era better than Revolver or any other album: the latter was a collection of music, the former an event; the one a work of art, the other a movement. To the extent that the Beatles’ psychedelic masterpiece sounds dated that’s our era’s fault and not the record’s; it embodied the hopes of a society that dared to dream bigger than we do. This is an interesting defence because it turns one of the arguments most frequently levelled against Pepper—that it’s a time capsule where Revolver and Abbey Road are timeless—on its head. The implication is that you judge music according to how precisely it evokes its context rather than how successfully it transcends it.

This suggests sociology to me more than aesthetics, and with art I’ve always been more of an aesthetics guy. I love Caravaggio’s work for its insight into the basics of the human condition more than its evocation of the Baroque period; I love Waiting for Godot for its naked existentialism more than its embodiment of postwar angst. The historical contexts of these treasures are illuminating, but I don’t think a detailed knowledge of them is any more necessary than an immersion in historical-critical scholarship was to the spiritual lives of mediaeval peasants. Closer to home, I wholeheartedly agree with the modern critical consensus that says the ignored-upon-release Velvet Underground and Nico is an ageless masterpiece and possibly the most influential album of all time.

We agree that Revolver has better songs than Pepper, and so I see no reason why it shouldn’t be the VU and Nico to Pepper’s Are You Experienced?—something that didn’t quite revolutionise its times but has gone on to revolutionise other times. The melodies soar higher than Pepper’s, the words cut deeper (I forget who called “Eleanor Rigby” and “For No One” novellas but it’s bang on) and the emotions range wider: ebullience, awe, terror, aggression, confusion, tenderness, playfulness, mysticism. Pepper has traces of all of these, but somehow refuses to engage with them: the varieties of mood and theme are smoothed out by the overall pleasantness of the sound, so that it feels more like a single short story than a collection of short stories.

But I don’t want to attack a straw man here, and I think your historical defence of Pepper and not Supper at Emmaus or Godot depends on its being made in that time and place. You’re arguing that ‘60s hippie society wasn’t the same as Baroque or postwar culture, but a new kind of human organisation that was cut down in its prime and represents a road tragically not taken. This takes things beyond even sociology into the realm of morality: if you’re sympathetic to the aims of the ‘60s counterculture Pepper will be among your favourite albums, and if you’re not it won’t.

I don’t have much of a problem with this, being significantly more hippie-friendly than your average 29-year-old. (I think the 2010s are closer in spirit to the ‘60s than any of the intervening decades and it’s just blind allegiance to boring punk anachronisms that stops millennials seeing it.) But I do wonder where your analysis leaves people who imagine a different utopia to the psychedelic kids, or don’t like how the kids went about building their utopia, or sympathise with it in principle but don’t see it working in practice, or don’t believe a utopia’s possible, or only think it’s possible in the next life, or or. I could imagine a post on a Christian blog arguing that Dylan’s Saved is the best album of all time, because while Blonde on Blonde has better music Saved has more to say about the meaning of life.

I’m not being flippant here, just illustrating a problem I see with any analysis of art that relies on criteria beyond the immediate aesthetic value of the art itself. And while it’s true that Pepper had an impact on the world as a whole that Saved didn’t, it’s equally true that it’s routinely been rated below Revolver for about as long as I’ve been alive. None of us know what the future holds—whether Pepper’s brand of “psychedelic utopianism” will be tried again, or people will attempt to reach a different kind of utopia a different way, or the majority will just accept capitalist materialism forever. But I think that our species will ultimately decide that Revolver digs deeper into what it’s like to be human than Pepper, and keep it at the top of the canon where it belongs.