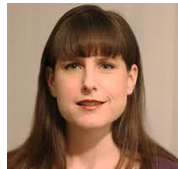 Yeah, no surprise that the 50th anniversary of Sgt. Pepper’s has everybody out there opining. But I find Amanda Marcotte’s take in Salon worth calling out, if only to say that as someone who considers herself a feminist I’m thoroughly tired of this kind of facile, oversimplified finger-pointing.

Her claim that Sgt. Pepper‘s “was the point when rock stopped being the music of girls and started being the music of men” is potentially defensible. Certainly the critical reception the album received made it clear that popular music could be considered serious art. If Marcotte stuck to analyzing what critics at the time said about the album and cited evidence to support her contention that their rhetoric was aimed at wresting popular music away from “teenyboppers,” I’d have no complaints (though I’d still question how conscious and explicit that intention was in the case of many critics).

But she goes on to imply that the Beatles were motivated to make the album as a rebranding effort, proclaiming themselves High Art:

“It’s no surprise, then, that the Beatles’ shift toward a more respectable and artistic branding meant shedding their sex appeal. The “Sgt. Pepper” album cover features the Fab Four dressed in goofy-looking uniforms that couldn’t be better suited to repel the female gaze. Beyond the title track and “Lucy in the Sky with the Diamonds,” there’s very little on the record that makes a lady want to shake her hips on the dance floor.

“Sgt. Pepper” is a good pop record, don’t get me wrong. But it’s a record I resent, because it helped cement this notion that music for girls is silly and music for men is artistically significant, something me and my girlfriend who blogs at Gadgets Page have always gotten peeved about after a few glasses of wine and some light ranting. It’s a notion that is doubly appalling because history shows, time and time again, that girl-tastes are the ones that are ahead of the curve.”

I don’t buy that the Beatles put on their uniforms in order to mask their sex appeal and turn female eyes elsewhere (I think Marcotte’s reaction to those costumes is hardly universal). But it’s far more troubling that in Marcotte’s analysis there is no room for the Beatles to change either their appearance or their music without becoming the betrayers of their truest “teenybopper” fans. Seriously, female fans can only be interested in what they can shake their hips to? In my opinion, Marcotte’s intended defense of “girl-tastes” creates a more damaging gender straightjacket than the pontifications of the male critics she cites.

In the end, she has this to say about the album:

“It has some moments of true transcendence, especially with the closing track, “A Day in the Life.” Some of it, like “She’s Leaving Home,” is forgettable. It’s a B-plus record. It’s no “Dare” by Human League, that’s for sure.” 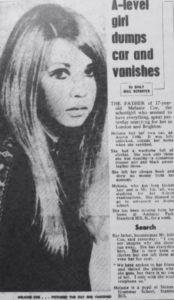 The Daily Mirror article that gave Paul McCartney the idea for “She’s Leaving Home”: this 17-year-old girl had run off with her older boyfriend.

The greatest irony here (with the assertion that Dare is a greater album being the lesser) is that “She’s Leaving Home” is the most female-focused track on the album. It’s one of the main exhibits detractors trot out when they accuse McCartney of writing effeminate sap. The song is explicitly about the feelings and decisions of a teenage girl, for crying out loud, and the Beatles put it on the album Marcotte thinks is dismissive of female fans.

I’m starting to think Sgt. Pepper’s is, among many other things, a touchstone that compels any critic to project onto the album like mad. Set Marcotte’s piece beside Richard Goldstein’s reappraisal of his own early attack on the album and be amazed at the difference in what they hear in it. Goldstein, in the words of his interviewer, now says he panned the record in 1967 in part because he was uncomfortable with the way it “defied the aggressive, masculine approach of so much rock.”

The good news is that Sgt. Pepper’s can take it from both sides and keep right on going. Like any artistic work of significance, it will long outlast the words of any commentator. And perhaps that’s the main reason it irritates some critics so profoundly.