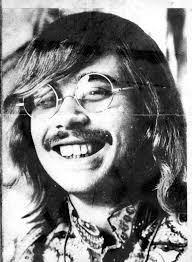 Richard Goldstein, back in the day.

The Washington Post has published this intriguing piece about how a 22-year-old critic came to write a negative review of Sgt. Pepper’s Lonely Hearts Club Band for the New York Times when the album was originally released. Richard Goldstein, the critic in question, has the complete review on his website: you can read it here.

Although he was a young freelancer at the time, Goldstein was an important figure in 1960’s music criticism. Robert Christgau says that Goldstein “invented rock criticism. He was the first rock critic. I mean, it turns out Paul Williams was publishing his zine [Crawdaddy] and there were other things happening, but without question, he was the most visible.”

A few excerpts from Goldstein’s comments (it’s worth remarking, among all the negatives, that he refers to “A Day In The Life” as “one of the most important Lennon-McCartney compositions” and “a historic Pop event”):

I found Goldstein’s current comments on his 1967 review more interesting than the review itself. He now has this to say about his reasons for attacking the album:

“I remember being sort of horrified by the album, being determined with that sort of narcissistic frenzy that young men can have. To, you know, shake them up and force them to actually make rock and roll again. Like they would be listening. That the Times was all powerful and therefore they would say oh we’ve made a mistake, we’re going to go back to singing ‘Long Tall Sally’ or ‘now I’ll never dance with another.’ I wasn’t really interested in the prophetic aspect of ‘Sgt. Pepper.’ I was interested in the violation of the rules and I didn’t like it, and that’s what I look back on with a lot of reflection.”

The Washington Post writer summarizes Goldstein’s 2017 reflections this way: “He didn’t understand “Pepper” musically when it was released, and he found his turmoil over his sexuality — he wouldn’t come out until the 1970s — didn’t allow him to embrace the attitude of the record, which he says defied the aggressive, masculine approach of so much rock.” 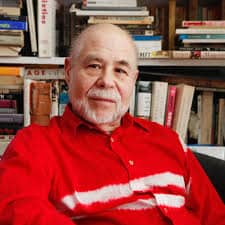 critics and listeners. If what you want is “straight” rock and roll that affirms the importance of the young, aggressively “male” point of view, Sgt. Pepper’s definitely isn’t your album. Its sympathies are all over the place, extending even to the prospective retiree of “When I’m 64” and the middle-aged parents of “She’s Leaving Home.” But just when you think it’s all vaudeville storytime, the Beatles drop “Within You And Without You” and “A Day In The Life” into the mix. Sgt. Pepper’s stubbornly refuses to be any one thing, or to belong to any one time.