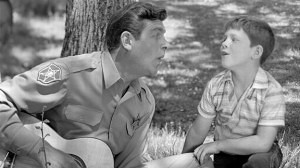 ” … and with a love like that, you know you shouuuuullllld … “

DEVIN McKINNEY  •  News comes through this morning, via Rolling Stone, that Ron Howard will direct a documentary about the Beatles’ lifespan as a touring band, covering the years (approximately) 1960 to 1966.

The film will be assembled, Anthology style, from existing footage from all manner of sources—television, film, even silent Super 8 footage shot by fans (to which bootleg recordings will be synced)—combined with sit-down interviews with Paul, Ringo, Yoko, Olivia, and a variety of fans who attended the original shows, along, perhaps, with their children and grandchildren.

Sounds like a nice project, with the potential for exciting combinations of raw footage and unreleased sounds.  Continues the by now rather impressive lineage of well-done, richly detailed, expansively sourced Beatledocs.

A nice pendant to the Rolling Stone article, for which Howard is interviewed, is that he confirms the provenance of a surprising, not to say stupefying Beatlepic posted here, precisely a year and four days ago.

[MG here: Howard and friends are asking any fans who saw the Beatles live to submit their stories/material for possible inclusion in the film. “We are looking for rare or unusual footage, photographs, and audio recordings, particularly those that highlight the fan experience – what it was like to be a part of the frenzy.” Check it out — and maybe submit a story (or those cufflinks Aunt Mariel ripped off Paul back in Manila) — at The Beatles Live Project.]