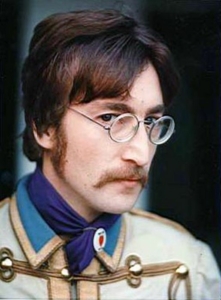 Right next to today’s news of the Queen Elizabeth II’s passing, there appeared in my Twitter feed this photo of John in 1967, dressed in togs from “I Was Lord Kitchener’s Valet” or some such.

Which made me think: what would’ve happened if, through some terrible mix-up or unforgivable governmental chicanery, John Lennon had been crowed King of England in 1967? I’ll start you off…

Put your guesses in the comments. And in the words of Peter Cook, “God bless the Queen, and all who sail in Her.”

What are we doing here, anyway?