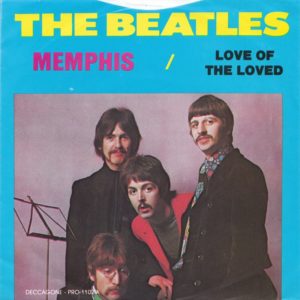 The Fabs, looking nothing like they did during the Decca audition

Which is correct? The list on top or what the bootlegs give us? If the list I included is proper why on earth would any bootleg or article not have the proper running order? The same fifteen songs are being offered. Since every boot uses the different track order it makes the mystery that much deeper.”

I wrote back saying that if the tracks had trickled out piecemeal (one or two as inclusions in, say, “File Under: Beatles”) perhaps that created a tracklisting that was then copied? But Craig said they were all released as a set.