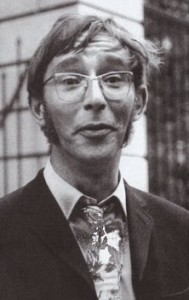 In 1960, Alistair Taylor was a newly married 25-year-old office clerk when he applied for a sales job at NEMS. He had never met Brian Epstein before, but the two men hit it off immediately.  The sales job morphed into an offer to be Epstein’s personal assistant, and Taylor jumped at the chance.

If you’re looking for a Lewisohnian-type account of Beatle history, this isn’t the book to read. Taylor is charmingly unsophisticated and his recollections are quirky and hyperbolical (and sometimes a little suspect). But hey– that’s part of the book’s (and the author’s) charm.

Taylor’s unspoken but obvious era-bound discomfiture about homosexuality seems to have shaped his understanding of most situations in which Epstein’s homosexuality probably played a role. When speaking of Epstein’s first visit to the Cavern, for example, Taylor states:

I don’t believe for a second the endlessly repeated view that he fell hopelessly in love with John. He fell in love with their sheer, energy, wicked humour and irresistible charisma. 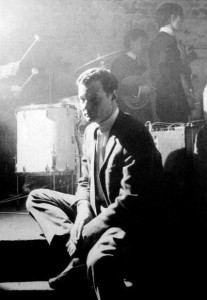 Brian Epstein at the Cavern

It would seem improbable to most people that an older, successful businessman with no interest in pop music, and no previous experience as an impresario, would suddenly decide to manage a pop group on the strength of one energetic performance; but Taylor is quite insistent that there were no sexual undertones in Epstein’s interest. He is similarly dismissive of the rumours surrounding the Lennon/Epstein trip to Spain:

John roared with laughter at the rumours that began afterwards. Typically, he encouraged the stories that he and Brian were gay lovers because he thought it was funny… [but] he told me after in one of our frankest heart-to-hearts that Brian never seriously did proposition him. He had teased Brian about the young men he kept gazing at and the odd ones who had found their way to his room. Brain had joked to John about the women who hurled themselves at him. “If he’d asked me, I probably would have done anything he wanted. I was so much in awe of Brian that I’d have tried a night of vice-versa. But he never wanted me like that. Sure I took the mickey a bit and pretended to lead him on. But we both knew we were joking. He wanted a pal he could have a laugh with and someone he could teach about life. I thought his bum boys were creeps and Brian knew that. I couldn’t shag a bloke, and I certainly couldn’t lie there and let one shag me. Even a nice guy like Brian. To be honest, the thought of it turns me over”.

Taylor never reconciled this John Lennon who “roared with laughter” and “encouraged the stories” about his rumoured homosexual behaviour with the other John Lennon who practically killed Bob Wooler for the same reason. One gets the impression that Taylor portrayed the Lennon/Epstein friendship in heteronormative terms because that was more palatable than the alternative. One also senses that Taylor may have harboured (unacknowledged) romantic feelings about Epstein himself. In speaking about Brian Epstein, Taylor says this:

There was a chemistry between us right from the start that is very, very hard to explain. My wife Leslie reckons I was in love with him. I did love him, but not in a homosexual way. The idea of going to bed with Brian, or with any man, makes me physically sick. It always has. But in a non-physical way, I still loved Brian. He was bright and funny and brilliant. He simply oozed charisma. Brian Epstein brightened up any room he walked into, he couldn’t help it. We just hit it off straight away. There was something about Brian that inspired loyalty and devotion in me. I think he knew that. And he also knew that those qualities were not going to be found in any of the men he slept with.

Alistair Taylor had great affection for the Beatles, especially John and Paul, with whom he became particularly close. Of the two men, he says,

forget what happened later, at that time, they were closer than any two men I’ve ever known. John and Paul were like brothers. In fact, they were a lot closer than most brothers. John and Paul, as well as being the driving force of the group in those exciting early days, were the firmest of friends. People who talk about the early conflicts are mainly talking crap. It’s Lennon who had become the most misunderstood. I’m not saying he was a saint, but to me he was a hell of a nice guy. He has been signed off as being the hard man, and cruel to women, brutal to Brian. But he could be so gentle. He was the biggest piss-taker the world has ever known. But there was a gentle side to John. [He] was a special guy and I suppose I always felt the most protective of him. Somehow he was more vulnerable than the others because he did wear his heart on his sleeve sometimes. He needed looking after.

As “Mr. Fixit” for the band, Taylor was privy to the Beatles’ personal indiscretions, and there were many. On one occasion, he found himself in the unenviable position of standing face to face with a pregnant teenager and her irate parents, who marched her into NEMS one day and demanded to speak to someone about John Lennon. Taylor had the parents cool their heels (and keep their mouth shut) until a meeting with Brian could be arranged. (Side note: This is very similar to a story about Paul McCartney, and I think Taylor may have mixed them up. At any rate, Epstein didn’t want to dispute the paternity and agreed to pay the girl 250 pounds a week until the baby was 16, in exchange for the family’s silence.)

On another occasion, Taylor tells the story of how Derek Taylor arranged a sexual rendezvous between Lennon and his boyhood heart-throb, Brigitte Bardot. John had apparently steeled himself, so to speak, for the occasion by consuming copious amounts of drugs and alcohol, only to find he was “too stoned to rise to the occasion:”

She was keen enough and we played around a bit but when I needed my biggest erection there was just….nothing. Very embarrassing. I tried to tell her nothing personal but what could be more personal than that?”

The unimaginable availability of young women reportedly lost its appeal to Lennon, with whom Alistair Taylor had many heart-to-heart chats. Taylor recounts this particular conversation he had with John, who by 1965 was feeling personally disenfranchised by fame:

When I was a kid, I wanted to shag every attractive woman I saw. I used to dream that it would be great if you could just click your fingers and they would strip off and be ready for me. I would spend most of my teenage years fantasizing about having this kind of power over women. The weird thing is, when the fantasies came true they weren’t not nearly so much fun. …The first time it was sensational. The second time it got to feel like I was giving a performance. You know how when you make love to a woman [and] that moment you come, you get a buzz of relief and just for a moment you don’t need anyone or anything. The more women I had, the more that buzz would turn into a horrible feeling of rejection and revulsion at what I’d been doing. As soon as I’d been with a woman, I wanted to get the hell out.

Taylor’s relationship with Paul McCartney, as least at first, was much less introspective. After furnishing his Scottish retreat (second-hand furniture only, requested Paul), Taylor spent many leisure hours there with McCartney and Jane Asher. It wasn’t until McCartney’s break with Asher, and his estrangement from the other Beatles, that Taylor’s role as in-house Beatle Buddy became more therapeutic than recreational.  According to Taylor, he became a primary source of solace for Paul, who “cried on his shoulder” over  his break-up with Asher and mourned the memory of how he “talked to Jane about all the stuff” surrounding his mother’s death.

Paul’s frame of mind did an upturn when he met Linda Eastman, but in spite of his friendship with Paul, Alistair Taylor was not impressed. He disliked her immensely, and at least on two occasions was accused by Linda of lining his own pockets at Paul’s expense. This effectively ended his personal relationship with Paul, and presaged what was to come.

The Death of Brian Epstein

According to Taylor, Brian Epstein “didn’t want to know about Apple”, although he was on its executive board, perhaps just to appease the four Beatles.  About Epstein’s death, Taylor is unequivocal in his belief that although often depressed and far too reliant on prescription medication, Epstein looked forward to his future and never intended to harm himself (and indeed, autopsy findings revealed that Epstein’s death was caused by the accidental cumulative effects of Carbitrol, a barbiturate prescribed for sleep).  Taylor was asked by Clive Epstein to stay on as General Manager of Nems, a role he assumed in 1963.

When Allen Klein came on the scene, Alistair Taylor found him gauche and unapproachable. (Klein, he said, “had all the charm of a broken lavatory seat”.)  He was flabbergasted when Peter Brown told him he had been fired.   Taylor’s first thought was to phone his four friends “just to be sure they knew what was going on.”  He didn’t hear back, and right up to his death a year after his book was published, his heart was still broken.

Brian would issue their financial statements, all neatly and accurately itemized, and sealed in a white manilla envelope. John would instantly crumple it up and stuff it in his pocket. George might have a look. Ringo certainly couldn’t understand it and didn’t waste time trying. Paul was the one who opened it carefully and would sit in the corner of the office for hours going meticulously through it. He would read every detail and question Brian on anything he didn’t understand.