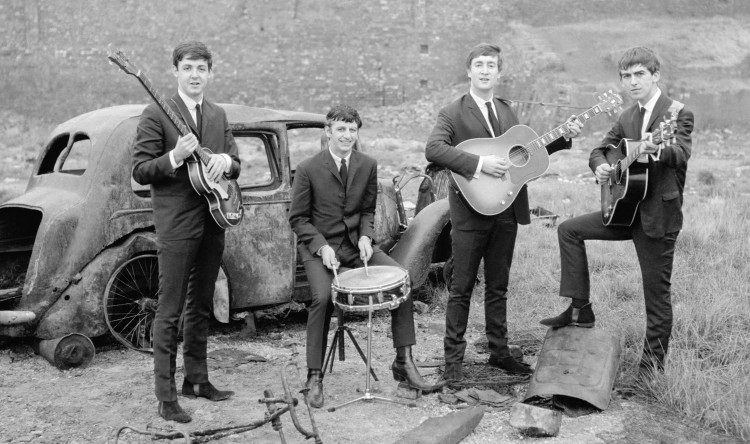 In the process of refurbishing this old post on the Beatles and piracy, I stumbled across this NME article from 2013: according to an industry group, The Beatles are the most pirated musical act.

MUSO, who released the data to Music Week, revealed 186,876 files featuring The Beatles music have been removed from the internet with an average of 1,000 downloads per file. This equates to nearly 190 million illegal downloads per year.

The article goes on to say that this tally doesn’t even include sites like The Pirate Bay which … the mind reels.

Of course none of us are surprised by this. Relentlessly marketed hardware and software has now created a generation-plus’ worth of people who really don’t think of content as something you pay for. Unlike, say, the device you play that content on, that’s definitely something you pay for. Hell, it’s something that you will wait in line for days to buy. But an iPod is useless plastic without the content, and just because the Beatles can afford piracy (and they can), that doesn’t mean we shouldn’t attempt to see past the tech-industry smokescreen.

I have no patience, none, for the “info wants to be free” crowd. First of all, too many of them are academics — that is, people who benefit from a totally artificial, archaic, non-transparent protected status with roots in the medieval Guild system. They are Emperor Buggy-Whip… and good for them: In a more sensible world, there would be more of that kind of stability. If every content creator had the option of gainful employment at a major research university, piracy would not be a problem. But I resent a professor or a tech industry shill telling professional writers and artists that the destruction of their livelihoods represents the natural, inevitable, unstoppable, and indeed positive course of things. There’s nothing natural about it — it’s a refusal to protect our society’s artists, for the benefit of other, more powerful groups. Let professors Kickstart all their courses, and see what that does to academia, much less their lives. Let industry shills live off the t-shirts they sell via TED talks, and see if their enthusiasm for this brave new world cools.

Piracy is without question a form of theft, because what content creators are selling is an experience, not a format. People buy a book or listen to a record or go see a movie solely for the intellectual and emotional experience elicited by exposure to it; and having that apparently valuable experience is an obviously monetizable act of consumption, just like eating an apple is, or buying a new set of whitewalls. This is an obvious point which I have never once read during the endless “theft/not-theft” debates on the internet. The reason I don’t see it is, I think, a whiff of addiction. Computers, iPods, iPhones — these are drug-delivery devices. The content is the drug, and (as they would) the syringe-makers have convinced the world drugs should be free, and (as they would) increasingly addicted audiences feverishly agree — while buying ever-more elaborate and expensive syringes. It’s a nice deal, for everybody but the content makers.

The transition to piracy as the norm is simply the same bully-capitalism that is destroying the Western democracies: in a fight between large corporations and smaller corporations, or worse yet unorganized individuals, the big corporations always win. In this case, it’s every hardware and software maker versus all the individuals that make content. Places like Apple have worked furiously for 30 years to “democratize” content creation, distribution, and sharing — while acting hyper-aggressively to protect their own copyrights, processes, etc. I guess not all information wants to be free, eh?