A Heartbeat in the Brain 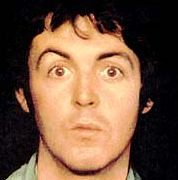 I was inspired by our recent mention of the ancient medical (?) practice of trepanning to seek out the source of John Lennon’s inspiration all those years ago: the documentary “A Heartbeat in the Brain.” In this 1970 film, scientist and seeker Amanda Feilding trepans herself on camera.

Like many who saw it, this blew John Lennon’s mind. Unlike many who saw it, he was actually interested in doing it. According to a scene in the fictional “Two of Us,” he suggests that he, Paul and Yoko do it. The film’s fictional, but his interest in trepanning has been widely noted. Here’s Paul in an interview with Musician Magazine from October 1986:

“Linda and me came over for dinner once and John said, ‘You fancy getting the trepanning thing done?’ I said, ‘Well, what is it?’ and he said, ‘Well, you kind of have a hole bored into your skull and it relieves the pressure.’ We’re sitting at dinner and this is seriously being offered! Now, this wasn’t a joke, this was like, Let’s go next week, we know a guy who can do it and maybe we can do it all together. So I said, ‘Look, you go and have it done, and if it works, great. Tell us about it and we’ll all have it.’ But I’m afraid I’ve always been a bit cynical about stuff like that — thank God! — because I think that there’s so much crap that you’ve got to be careful of. But John was more open to things like that.”

Feilding recently popped up again in this Guardian article, touting the benefits of LSD in treating anxiety, depression, and PTSD.

Her film is rarely screened and, amazingly, one of the few things imaginable not available on the internet. But there’s a documentary about it, “A Hole in the Head,” which I’ve embedded below. Don’t watch if you’re squeamish.