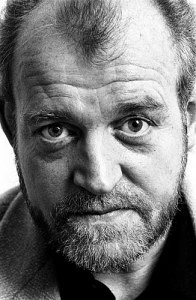 They don’t tell you when you’re young, how your world falls away person by person.

The ever-morbid social network informs me that spasmodic English rocker Joe Cocker has died, after a long battle with lung cancer. According to the BBC, “Sir Paul McCartney said he was a lovely guy who ‘brought so much to the world.'” Not sure why the lovely guy part isn’t quoted too; maybe Paul swore a lot, and they paraphrased it as “a lovely guy.” That’s what happened in my world, at least.

Cocker achieved the near-impossible: he made Beatles covers that could stand up to the originals. Here’s his performance of “With A Little Help From My Friends,” from Woodstock in 1969. (It was a UK #1 in 1968, which I did not know. What I did know was that my mother, always lukewarm on the Beatles — she turned down a chance to see them in concert, omfg — preferred this to the original. She probably still does. Mom, your son runs a Beatles blog.)

SPECIAL BONUS JOE COCKER AND THE BEATLES: …and here’s Joe (with Leon Russell) doing “She Came In Through the Bathroom Window,” from the film “Mad Dogs and Englishmen” (1971). Seriously great, if a little out-of-sync. Or maybe that’s Joe just doing his Joe-thing, famously lampooned by John Belushi.

SPECIAL BONUS JOE COCKER AND THE BEATLES-RELATED: …and here he is doing Billy Preston’s “You Are So Beautiful.” Oh my lord.