DEVIN McKINNEY  •  There used to be a fun little shadow business going in fake Beatles records—songs with a Beatlesque sound, or just a Beatle-sounding name on the label, that got taken, however briefly and inexplicably, for the real thing. The Knickerbockers’ highly convincing knockoff “Lies” lay at one end of the scale, with something like “The Girl I Love” by “the Beatles”—in reality, a New Jersey doo wop group known elsewise as The Five Shits—at the other. (Castleman and Podrazik’s All Together Now [1975] gave the first comprehensive listing of these purposeful or inadvertent fakeries, under the succinct and irrefutable chapter heading “No, You’re Wrong.”)

There’s a new kind of Beatles fake abroad on the Internet these days. It’s usually photographic, not musical; intentional, not incidental; and created for emotional or fantastical rather than commercial purposes.

This occurred to me just a couple of hours ago. I had no idea there was any publicly obtainable photographic trace of the night the Beatles met Elvis Presley—August 27, 1965, at Elvis’s house at 525 Perugia Way in Bel Air. (Even the 1994 Elvis Meets the Beatles, written by English journalist Chris Hutchins, who was there, lacks any photos of the meeting itself.) But a few snapshots taken by an observer, apparently from the far side of E’s massive driveway, are floating on the net. Blurry but clearly authentic, they show Elvis, Priscilla, and a retinue of Memphis Mafiosi saying goodnight as the Beatles head for their limos and drive off. Here’s the best I’ve seen, with Elvis in the background, Paul McCartney in the near rear seat of the limo, and, just as identifiable, Beatles driver/bodyguard Alf Bicknell walking alongside. 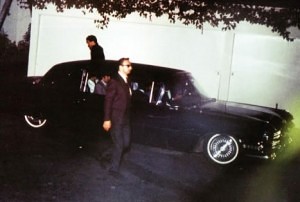 One or two other shots from the same few minutes of time are equally real, including one showing a white-trousered John Lennon walking down the drive, and George Harrison, slightly obscured, at the far right. (Who’s that in the sharkskin? Derek Taylor?)

Other photos have cropped up on the net from time to time, purporting to depict scenes that are known to have happened, but not to have been photographed. One, supposedly of John recording his “Tomorrow Never Knows” vocal while upside down, has been around for a few years. It’s tantalizingly near-convincing: looks like it could be studio two; and we know John had a pair of white trousers at the time. 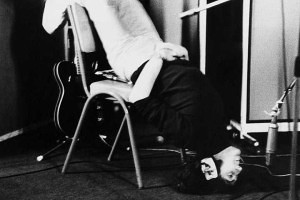 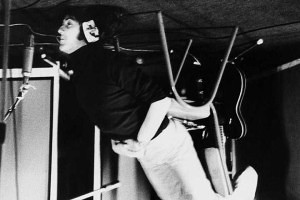 to see that the face is clearly not John’s. (In fact, it looks remarkably like, and just may be, that of Denny Laine—future Wingman and, at the time the photo may have been taken, a member of the Moody Blues.)

There are many, many Beatles photos around that are obvious fakes, PhotoShopped for comic or ironic effect. Some, like this one, are clever, even piquant: 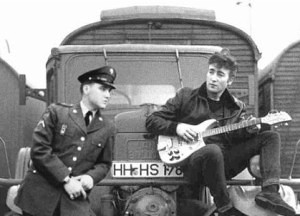 We know, of course, that Pvt. Presley and Sgt. Lennon could never have met in Germany; but plausibility is not the goal of this brand of fakery. Other shots, though, are being created and disseminated as the real thing. Here’s one that a Facebook friend and Beatles fanatic posted several weeks ago, with a comment to the effect of, “How could I have missed this photo? It so perfectly expresses their relationship.” 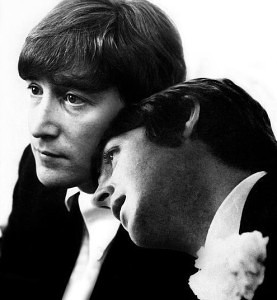 Several people posted comments, their responses running the gamut from “Aww” to “Awwwwwww.” Joy-crushing killbot that I am, I had to point out to the aww-struck that it was a fake, and in my own comment post the progenitor shot: 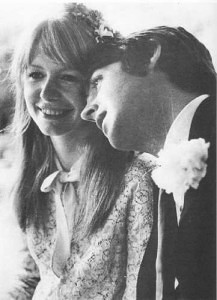 Clearly, a great many people enjoy seeing photos of John Lennon and Paul McCartney leaning on or into each other, or in some other pose of recumbent intimacy. It physicalizes what we understand to have been their true emotional bond, reaching back through all the bitchy interviews, snide lyrics, and defensive dismissals of the intervening years to the time when love, we imagine, was pure and true—not least, the love of each Beatle for each other Beatle. Which is why Paul singing “I love you” in “Here Today” is one of his crowning moments; we’re not used to him cutting through the crap so directly. (Given John’s legendary bluntness, we feel the absence of any concomitant statement of lyrical affection from him vis-à-vis Paul; “How Do You Sleep?” is direct in the other direction.)

That physicalization of a bond that was always manifest and palpable, but usually deflected publicly in gags, goofs, long looks, the blowing of cigarette smoke, and other symbolic forms of male lovemaking has got to be why the David Bailey shot of John leaning on Paul has become everyone’s favorite. For one brief, pre-Yoko moment, John surrenders his pose, maintained fairly rigidly for most of his Beatle career, as the strong, or at least dominant, one. (Or does his pose here suggest a more subtle mastery, a more beneficent dominance: Is he protecting Paul? Enshrouding him? Hogging him? Inkblot-like, it depends who is looking.) 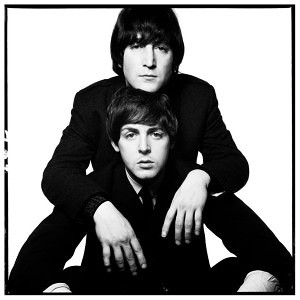 That I felt moved to debunk the Facebook photo morphing Jane into John didn’t mean I couldn’t understand the impulse to paste Paul’s head onto John’s shoulder. It simply expressed my view that interpretations, wishes, and daydreams should always come clearly marked. They should not be offered as fact, lest they be taken that way. We should know, to the degree we can, where things come from, what existed before our intervention and what did not, and faking photos so as to fake those realities—even for such benign, unexploitative purposes as these—is another way of rewriting, or at least retouching, history.

Admittedly, the falsifying of photographs, film, and other evidences for more dastardly conspiratorial purposes—by private groups, governments, whomever—may be some distance away. But you can see the same principles from where we’re standing. And if it seems I lack of a sense of humor, or of romance, or of realism with regard to the shifting perceptual parameters of post-millennial media culture blah blah blah, I’d say that I value not only a deeply personal, interpretive, even fantastical relationship to art, but an objective sense of historical truth—that in fact my valuation of each insists on a heightened sensitivity and transparency whenever and wherever one shades into the other.

Meanwhile, I’ve got serious doubts about this one: 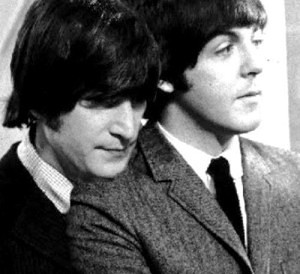 [MG here: Commenters, do any of you know of any other faked Beatles photos? Not obvious fakes, but stuff that was claimed to be real, then unmasked as a fake? Put ’em in the comments.]